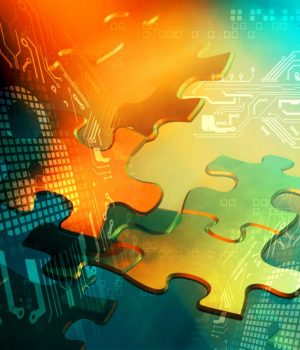 Technology plays a major role in almost every business. Technology and security during the merger & acquisition process are vital in today’s modern world. With cybercrime on the rise, it is not surprising that people are looking to make these confidential files used during M&A transactions as secure as possible.

The ongoing pandemic has had a devastating impact on companies around the globe, but others have spotted new opportunities evolving during these unprecedented times. There has been a dip in M&As since the outbreak of the deadly virus spread around the world, and a lot of businesses have been forced to sell off divisions to help raise capital, improve their operations, and hopefully expand their company. Not every company out there suffered during the pandemic, in fact, some have managed to grow. Because pandemics don’t last forever, a lot of these businesses are looking to acquire other companies.

There are plenty of investors who have a lot of cash to spend on growing businesses. According to a recent survey, there was more cash raised during 2020 in comparison to 2019. There are a lot of folks hiding in the background with a large capital on hand waiting patiently for the developing companies to invest in.

Why is Security is Essential in M&A

When closing an M&A deal in today’s world, security is a major factor, especially cybersecurity. Ever since companies started to send and receive confidential data to others online, cybercriminals all around the globe have been looking to take advantage. Cybercrime has been around for a number of years, but since the pandemic began, it has become more common than ever before. These hackers understand how much finances are involved in a lot of these M&A transactions. They are well aware of the amount of sensitive data and personal information needed to get a deal over the line, so it is not surprising that they look to steal these documents.

Companies should understand where these potential cyber threats are coming from, and how to avoid becoming a victim of a cybercrime. If cybercriminals gain access to these sensitive files and folders, they will have access to important financial documents, personal information, and the company’s clients’ details. They often spread viruses throughout the devices connected to the network, and use the email address on each system to send spam emails. Not only can this have a devastating financial impact on the business, but it can damage a company’s hard-earned reputation.

What is a VDR (Virtual Data Room)?

Before technology took over the business world, companies often employed a traditional data room. These are physical rooms, where people can store copies of confidential documents. However, many business owners felt that these physical data rooms lacked security, and gaining access to each file and sharing it with others wasn’t that convenient. During the pandemic, a lot of folks have been forced to work from remote locations to help reduce the spread of the deadly virus, so having to travel from home to the physical data room located in the workplace to edit sensitive files wastes a lot of time. The M&A process often took a lot longer, because people involved in the process would often have to travel for miles to review certain documents.

Although some companies still use them today, they are not as common as virtual data rooms. These modern data rooms make storing and sharing these sensitive files and folders easy. Due diligence can involve thousands of documents, which can easily be stored in a Virtual Data Room. If you have been given the authority to access these files, you should have no issues finding them in a matter of seconds once you have logged on to the data room. It is a cloud-based storage area so you can gain access to wherever you are in the world. The process will be a lot easier for the company’s employees and their potential clients.

Why You Should Avoid Sending These Documents By Email

Email has completely changed the world as it allows us to send and receive messages almost immediately. Before social networking grew in popularity, the majority of internet users used their trusty email accounts to send mails to people all over the globe.

In business today, email is still as popular as ever, but due to the increased rate of cybercrime, most people are worried about sending private information by email. When email was invented, nobody expected it to play a major role in our digital lives. It came about shortly after the internet was invented, and those inventors never expected it to grow, especially in the way it did. The idea of it was to successfully send messages from one computer to another, on a host of different computers. However, these messages were open for anyone on the network to see. When email first started its journey, passwords were not encrypted, making it child’s play for anyone on the network to read the message.

So it is understandable why employees refuse to send confidential documents to others during an M&A. Plus, email software won’t organize these files for you. As discussed earlier, there are often several files that are needed during an M&A, so organizing them in easy to access folders is very important.

How Can You Use A VDR To Organize Your Different Files And Folders?

Organizing a VDR is very important during an M&A which is why so many companies invest in an M&A Data Room. If investors are wanting to get involved in another business, you don’t want to spend your entire time looking for certain physical files. Organizing these folders will help speed up the process. It will make your life, and the potential investor’s life a lot easier. If you don’t have each document in the right place, it will reflect badly on your business, so here are a few things you should think about doing:

Companies are advised to take their cybersecurity seriously, so investing in a VDR that is designed and maintained by a reputable VDR provider is vital. Losing these sensitive files to cybercriminals can destroy a business.

However, even with the best VDRs, cybercrime is still possible. Hackers are constantly gathering information on how to gain access to the most secure services on the planet, and they are often looking for new challenges. Keep up to date with the new security technology entering the market. Don’t assume that your system and files are secured as soon as you start running a virtual data room.

How to Rip DVDs to Your Computer