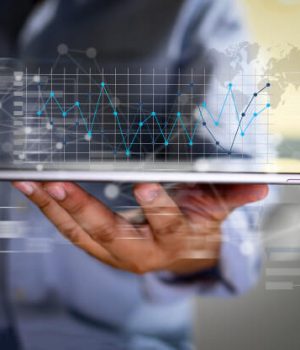 We should all be aware of where our energy comes from and how it affects the environment as everyday energy users. Thankfully, we can not only determine our energy source but, in many situations, pick that source. As humans grow more conscious of their environmental impact, they are switching to sustainable forms of energy for their use. Greater sustainability in our power system may be achieved with the use of green power. However, the word is confusing to some and is frequently used to refer to renewable energy sources by others. Let us understand the true definition of green power and what differentiates it from renewable energy.

What is Green Power?

Green power can be described as the power that is generated from natural resources like sunlight, wind, and water. For many, this is synonymous with renewable energy, but there is a clear distinction we will get to later in this blog. Green power generation has minimal to no environmental impact since its production does not release hazardous greenhouse gases into the atmosphere. The basic feature of this type of energy is that it does not have any negative effects on the environment, and they do not emit any greenhouse gases. To be considered green energy, that form of energy should not produce any pollutants. Green power is a subcategory of renewable energy. It stands for the technologies and sources of renewable energy that are best for the environment. Green power is produced by harnessing sources such as solar, wind, geothermal, biogas, eligible biomass, and low-impact small hydropower sources. Customers frequently purchase green electricity due to its zero-emissions profile and advantages in reducing carbon footprint.

Difference Between Renewable and Green Power

Green power is sometimes used synonymously with renewable energy, but that is inaccurate. There are some differences between the two. Let’s highlight those differences now. The Environmental Protection Agency (EPA) claims that green energy, which includes electricity generated by solar, wind, geothermal, biogas, low-impact hydropower, and some qualified biomass sources, offers environmental benefits.

Get in Touch with a Green Energy Specialist

Businesses are now moving towards green energy sources to fulfill their energy needs because of their numerous environmental benefits. It is derived from natural resources, is frequently clean, renewable, and emits little greenhouse emissions. To make the most out of your transition to green energy, ensure you hire a professional who can assist you in taking the right steps towards sustainability.

Strategies for Lead Generation in the B2B Sector

How to Better Protect Your Private Data Online

How Improving Tech Made The World Of Investing More Accessible

Team TechieMag - Modified date: July 4, 2020
sites
What is EZTV? EZTV was created in 2005 and the premise behind this initiative was to provide consumers around the world with high-quality video content....
© Copyright 2022 Techiemag - All Rights Reserved
MORE STORIES

Virtual Boardroom: What Is It and What Does It Do?

What You Need To Do Before Starting a Business