Home Software What is Survey Non-Response? 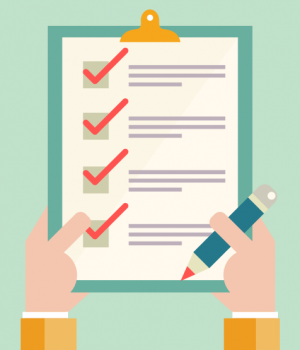 Survey nonresponse is a type of survey error that is caused when there is a discrepancy between the participants within the sample group who do not answer the survey and the participants within the sample group who do answer the survey. When put in more technical terms, we can say that non-response error refers to the variation between the true main values of the original sample list (those who receive invites to the survey) and the true mean values of the net sample (those who actually respond to the survey).

Within this article, we will explore the two key types of survey non-response as well evaluate the different approaches that can be used to treat it.

When studying survey non-response, we are examining two distinct but related phenomena:

Unit non-response occurs when an entire observation unit is absent from a sample.

Let’s examine the different causes of unit non-response and its implications.

There are many different causes of unit non-response and they may vary based on the mode of the survey being used. In face-to-face surveys, there are many physical barriers that are present when trying to access a household. Variables such as the patterns of times of when members are present in a household as well as the timing and frequency of attempted interviewer contacts can influence the non-response rate.

Experienced interviewers who are able to develop a good rapport with respondents at first contact are likely to secure interviews.

Monetary incentives and/or providing an advance warning of the interview using survey software can increase the likelihood of respondents cooperating.

Item-nonresponse, on the other hand, occurs when one or more measures of interest are missing while the other required measurements are present.

A respondent’s personal characteristics have the biggest impact on whether they select the ‘don’t know option. The following factors impact the rate of ‘don’t know’ responses:

The existence of unit non-response can potentially reduce the representativeness and reliability of the survey.

Missing data can lead to survey results being biased and unreliable unless treated correctly.

Researchers inevitably come across item and unit non-response when conducting surveys. Hence, they must know how to analyze incomplete data in the best way so as to not let it damage the reliability of results.

Model-based approaches, such as selection bias techniques, are used when researchers have a theory of the patterns of missing data as well as detailed information on the characteristics of non-respondents. With this approach, the researcher can account for the differences between the sample and the wider population.

In most cases, researchers will only have information about the population relative to the sample in the form of auxiliary information that is extracted from the census. In such cases, the model-based approach cannot be used, and instead, weighting adjustments are applied to reduce the bias in survey estimates caused by unit non-response.

The application-specific approach is employed when the researcher has a particular theory about the process using which individuals decide whether or not to answer certain survey questions. This information can then be used to model the missing data.

In cases where there is an absence of a theory about the specific patterns of missing data, the imputation approach can be taken. Imputation procedures involve using different methods to estimate the values of the missing data. Once these values are ‘filled in’, researchers can go on to analyze the data using standard methods of analysis.

What are the two main types of survey non-response?

There are two key types of survey non-response. The first one is unit non-response, which occurs when an entire unit of data is missing, while the second one is item non-response where one or more measurements of interest are missing.

How to treat unit non-response?

There are two key methods that can be used to treat unit non-response and they are model-based approaches and weighting adjustments.

How to treat item non-response?

There are two key methods that can be used to treat item non-response and they are application-specific approaches and imputation procedures.

How To Get Discounts On Software

How To Recover Lost Data From RAID?

Important Benefits of Social Media Marketing Every Business Should Know

How to Get Avast Cleanup Premium for Free?