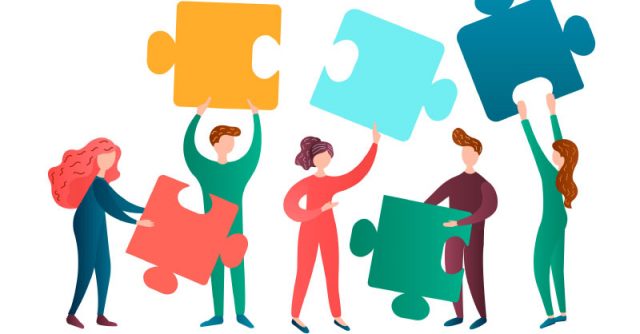 You may be familiar with the saying “Teamwork makes the dream work.” At its core, the adage emphasizes the importance of collaboration and interdependence. Success doesn’t happen without the help of others, especially when achieving an end goal involves a group project.

Not all software developers on a team or in an organization work simultaneously. Some groups are fully remote and scattered around the globe. Other teams might operate under part-time or hybrid schedules. There’s also a chance that a development team will consist of in-house and freelance contributors.

These dynamics mean there’s a strong need to support asynchronous communication. Without it, lead developers won’t know others are working on resolving coding problems. Or that another team member completed a significant milestone, pushing an app into the user testing phase. Software tools, including those that facilitate project management, ensure team members can communicate when it’s right for them.

You can’t expect developers to be knee-deep in code and worry about constant interruptions like meetings and conference calls. Likewise, it doesn’t always make sense to try to coordinate daily gatherings across time zones. Synchronous communication has value, but it should only be mandatory when waiting to check messages won’t do. Developers need centralized ways to reach out to their teams while focusing on their core tasks.

What would happen if new employees showed up for their first day and no one was there to guide them? Some might stay and see whether they could figure things out. Many, though, might leave in confusion and disbelief. A few would attempt to reach out to human resources, but a good portion would cut their losses and move on.

A similar type of chaos and disorientation happens when teams can’t access documented practices, procedures, and standards. You’ll have developers creating and following individual sets of workarounds and processes. The lack of documentation will impact productivity — and not in a good way. Inconsistencies in work standards and approaches can also negatively influence quality and collaboration. It’s a recipe for conflict and less-than-stellar results.

When workflows and processes are documented, software teams have access to a shared source of truth. They know how to tackle specific assignments, work through problems, and meet expectations. Having a place to discuss and record workarounds for first-time difficulties or unique challenges encourages teams to come together. Knowledge bases, wikis, and collaboration apps are ways to keep developers on the same page and streamline their efforts.

Sometimes the reasons people decide to leave a job have little to do with the work itself. Things like being taken advantage of and feeling undervalued are top drivers of turnover. Often, these perceptions and emotions build up over time from interactions with managers and other team members. When people don’t feel supported, it’s also usually linked to the type of feedback they’re getting — or not getting.

For instance, an employee might be able to get past hurtful or demeaning criticism if it happens once. But if it’s a common occurrence, that person may react in ways that derail the group’s efforts. Some examples include working slowly on purpose, contributing the bare minimum, and taking more vacation or sick days.

It’s generally up to managers to set the tone for how feedback is shared within the group. Leaders and supervisors are also responsible for providing individual coaching and feedback. Besides harsh criticism, inconsistent and unclear expectations can demoralize team members. As a leader, it’s important to discourage overly negative and conflicting comments.

In other words, don’t expect developers to revise their work to accommodate everyone’s opinions constantly. This will only stress them out and lead to more confusion. It’s better to come together as a group to hash out the parameters of a project before work begins. Then limit feedback during the approval process to one or two key decision-makers. With this approach, developers will feel more appreciated and be willing to contribute their talents.

When employees hear their leaders say one thing and do the complete opposite, it sets a poor example. It makes team members wonder whether it’s worth doing what the boss says.

Say a manager stresses the importance of using collaboration software to communicate and follow up. Yet developers rarely hear back when they try to reach out to the boss on the platform. In addition, the group’s manager is inconsistent about posting guidelines and critical information.

It shouldn’t be a surprise, then, when the team starts ignoring the tool and stops using it to collaborate. Employees will watch and follow a leader’s behaviors instead of what they say. When behaviors and words don’t match, it erodes trust and respect.

On the other hand, when a manager’s actions and words are in sync, productivity, loyalty, and quality increase. You have to walk the talk if you want your team to be collaborative. That means being cooperative, responsive, and supportive. To get developers to be team players, you also have to be one yourself.

In software development, team cooperation is the backbone of a successful project. Leaders can encourage developers to follow collaborative practices through asynchronous communication, documentation, constructive feedback, and modeling desired behavior. These strategies and tactics will help software teams work better together.

How to Use a VPN on Mac (Ultimate Guide)