Home Crypto What are Tokens in Cryptocurrency? 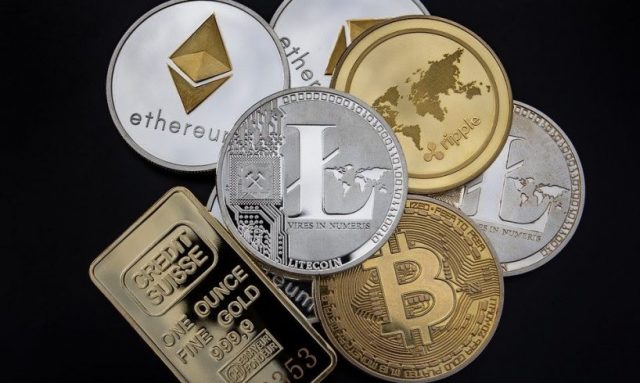 “Token” is a common term used in the cryptocurrency world. However, it can be difficult for those newer to the industry to know exactly what the word is referring to. The term token refers to something that acts as a stand-in for something else. For this reason, multiple references come up in reference to the term token. Crypto tokens are known as a special type of virtual currency that resides on an existing blockchain and represents an asset or utility. Some of the most well-known tokens are Binance Coin (BNB), EOS, Venezuelan Petro, and Tron (TRX). Most commonly, fundraising for crowd sales is among the most common uses of tokens. However, where the confusion is evident is when new investors use the term token in place of a cryptocurrency such as BTC, ETH, or LTC.

That said, a more in-depth explanation of cryptocurrency tokens can help new purchasers understand the basics when it comes time to buy and sell crypto.

The term token refers to a cryptographic string of numbers and letters that represents just about anything. That said, the token looks exactly like a random combination of letters and numbers. These chains are so encrypted that many don’t think they represent anything at all. However, this data can represent several different transactions. One example is a single crypto token representing a certain number of loyalty points on a blockchain. Another might represent a deed to a certain property in town. Still, another token might represent a certain number of hours of content a user can stream on a video-sharing blockchain. Any member of the blockchain can trade these tokens with another party.

In 2018, FINMA, the Swiss Financial regulators, released guidelines for each unique type of token. These standards may differ across regions but, for the most part, can be summarized as:

Utility tokens: Strings of data, also known as application tokens, that are issued to fund the development of a cryptocurrency project. Later, when the company makes an offering, available buyers can use these tokens to purchase them. Utility tokens are typically rare in supply.

Security tokens (also known as Asset Tokens): The most common token issued in Initial Coin Offerings (ICO’s) are security tokens that investors purchase with the intent to make a profit.

Payment Tokens: Tokens that enable users to pay for goods and services.

Stablecoins: Tokens representing other more stable currencies such as bitcoin, gold or the US Dollar, which also helps to stabilize their price.

Equity Tokens: A token that represents the equity in the issuing company. There are fewer regulatory guidelines for issuing this type of token, and as a result, there are minimal business use cases for it.

Taken together, these crypto assets are considered transactional units on the blockchain. The blockchain contains templates in its network that other parties can use.

The Ethereum blockchain is host to most tokens due to the creation of the ERC20 standard. ERC-20 is the technical standard for all smart contracts relating to token implementation and is complete with a list of rules that all Ethereum-based tokens are required to follow. The Ethereum blockchain is the basis for ERC-20 tokens. However, they have nothing to do with the actual Ether (ETH) coin. These tokens interact with the coin during an ICO when buyers may have to pay for the offering in Ethream if specified in the smart contract.

What tokenization means for the future

The concept of turning meaningful data into a token is referred to as tokenization and may just be a look into our future. Although there may only be a few use cases right now, the issuance of a new token is only increasing. Creating a token can be as simple as creating a special smart contract on the Ethereum network, which is within anyone’s reach with a little bit of research.

With the backing of trusted authorities, the future of Initial Public Offerings (IPO’s) may be Initial Coin Offerings (ICO’s). The transition will help small and medium-sized enterprises (SMEs) raise money economically by allowing them to go public at a lower cost than traditional stock issuance.

Top 4 Creativity Based NFTs That People Are Buying Right Now

Blockchain Technology Has Been Proven, Now It’s Time To Use It