Home Crypto The Advantages Ethereum Has Over Other Cryptocurrencies 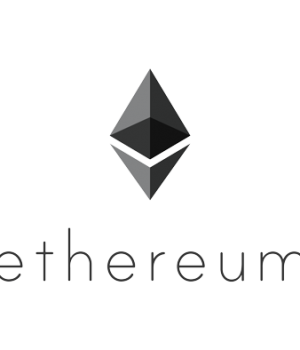 Like other cryptocurrencies, Ethereum networks are powered by the principle of distributed ledgers and cryptography. That said, when compared to bitcoin, Ethereum did not revolutionize the world of digital payments. What the founder did is learn from the concepts of bitcoin to create a platform known for more than just being a cryptocurrency. As a result, since July 2015, Ethereum has been known as the most well-established, open-ended decentralized software platform. With many unique use cases, the advantages of Ethereum over other cryptocurrencies can only be identified by first understanding how Ethereum works.

Ethereum Is A Powerful Platform

Ethereum is another use-case for blockchain that supports the bitcoin network, suggesting that it should never be in competition with the other currencies even if the investment boards make it appear that way. The Ethereum platform enables the deployment of smart contracts and decentralized applications (apps).

Therefore, while bitcoin and other altcoins are seen as a hedge against the purchasing power of fiat currencies, Ether is an ecosystem for applications.

Distributed applications (dApps) are apps built on top of the blockchain that has no centralized server. Although these apps have a few ways to go before they meet the current hyper scaling capabilities provided by centralized web servers, there are still many possibilities for innovations. Currently, dApps include trading platforms, games, and a variety of other decentralized programs.

The apps built on Ethereum leverage back-end code that is placed on a peer-to-peer network rather than a centralized server. Therefore, dApps can be built and run without any interference from a third party. The Ethereum platform is complete with its own programming language. It also runs on a blockchain and enables developers to create and use distributed applications.

The second key feature of the Ethereum network is the smart contract. A smart contract is a public piece of code that lives on the blockchain and can be executed by anyone. With a smart contract, two people agree on terms of an agreement that are based on a potential future event. Once both parties agree to the terms of the transaction, they await the execution of the future event. If the event does occur, then so does the transaction. The results are then posted on the public network, and the funds are transferred to the appropriate party.

Using smart contracts eliminates the need for expensive lawyers and insurance companies as it allows one party to deal directly with the other. Smart contracts act as the single source of truth, so no one will need to worry about not receiving the funds agreed on in the documentation or worry about the cost of expensive legal services. Smart contract technology is also believed to have implications that extend across all industries, including healthcare and the supply chain.

Another major advantage of Ethereum is its plan to adjust its consensus algorithm from a proof-of-work (PoW) concept to proof-of-stake in the upgrade, ETH 2.0. This transition will allow the Ethereum network to run with greater efficiency than the altcoins that are still operating with a proof of work consensus. The difference is that PoW allows network users to place a “stake” on the Ether in their network. The important thing to know as an investor is that this will greatly improve the transaction speed, making transactions closer to instantaneous.

The ETH token then becomes a store of value similar to other cryptocurrencies and a  commodity and capital asset. That said, the entirety of the upgrade will not be completed until 2023, so it is hard to predict exactly the impact of a change in the consensus algorithm.

The Ethereum blockchain can currently verify transactions in as little as 10 seconds when compared to 10 minutes on bitcoin’s network. Although this is also dependent on how much gas is rewarded. Gas is the unit price between the value of a currency and the actual computational cost compared to bitcoin, which is based on fees and transaction time subject to the changes in price. Although the differences are rarely apparent, in theory, Ethereum gas prices are believed to be fairer.

Should I Invest In Ethereum Over Other Cryptocurrencies?

When it comes time to make your investment, Ethereum offers many unique use cases that extend far beyond the average cryptocurrency. Therefore, investors who choose to purchase Ether are in part making predictions on the value the platform will bring, not just its use as a store of value. Therefore, investors may decide to invest in several different currencies to create the most well-rounded portfolio.

What Are Certain Benefits of Bitcoin?

What Are the Top Tips To Know When Trading Cryptocurrency?

Top 4 Creativity Based NFTs That People Are Buying Right Now