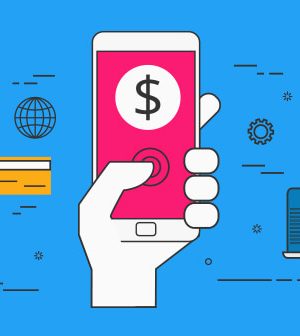 Financial technology is abbreviated as fintech. This is the fundamental meaning. Nevertheless, fintech is about more than that — it is any new sort of inventive tech that interacts with or predates existing financial processes, notably in the supply of financial products. Even though it is a comparatively modern word, the practice has existed in some form or another since the early 1900s. Financial institutions, corporations, and governments are always striving to develop fintech and provide better services to their clients and people.

Over the previous century, financial operations have changed dramatically. Many parts of finance, such as payments, investing, data storage, and currency kinds, have seen significant development. Fintech is a phrase that has gained popularity in the previous several decades.

Fintech is critical in today’s environment. There was little need for modern financial systems or technology hundreds of years ago when commerce was mostly national and transactions were tiny in value. Individuals and business owners may easily swap products and services for cash.

Nonetheless, when international commerce became more prominent and business became one of the most significant aspects in the globe, it was unavoidable that financial procedures would need to improve. To enable transacting on a world basis, expansion was necessary. Fintech has helped companies to grow quickly and the majority of customers to have fast access to the finances they require. That sort of accessibility and service was an essential requirement in this type of business culture.

Fintech may be divided into several epochs. All of these three eras witnessed a particular amount of market diversification, which led to changes in how consumers engaged with their finances.

Fintech 1.0 (1886-1967) is the first phase of developing fintech. This stage entails developing the structure required to enable multinational financial services. The first transcontinental cable (1866) and Fedwire (1918) in the United States allowed the first electronic payment system employing telegraph and Morse code. It was simple by modern standards, but at a period when technology and transportation were expanding, the capacity to conduct money transfers over greater distances was groundbreaking.

The installation of the first ATM by Barclays in 1967 marks the beginning of this period, which is defined by the transition from analog to the digitization of funds. In the 1970s, the globe’s first computerized stock market, NASDAQ, was established, as was SWIFT (Society For Worldwide Interbank Financial Telecommunications), a communications network between banking firms that facilitated the massive amount of cross-border transfers.

This period extended into the 1980s, with the advent of banking computer systems and the expansion of internet banking. The way some people transact business changed throughout the 1980s, with the internet revolution contributing to a transformation in how consumers regarded financial firms.

The 1990s witnessed the first forays towards e-banking, with networked clients beginning to handle their money in various ways. PayPal was founded in 1998, foreshadowing the new payment methods that would emerge as the globe progressively moved online.

Everything else in the industry appeared to be in fine shape, prompting then-UK Chancellor Gordon Brown to proclaim the “end of boom and bust.” Nevertheless, it was this specific collapse – the 2008 global financial crisis – that drew the curtains on this period of financial technology and inspired the invention that would be witnessed in the next age.

Fintech 3.0 is the final one (2008-current). Following the financial crisis, a loss of faith in banks, along with legislative reform, exposes the market to new suppliers. Bitcoin as a cryptocurrency became the very first digital money with the decentralized system that started to use the technology of blockchain. After the successful use of blockchain technology more cryptos appeared in the marketplace that was using the aforementioned technology.

As smartphones become more popular, they will become the primary way for consumers to connect to the internet and other financial services. Banking as a Service (BaaS) platforms such as Treezor, MT4 desktop trading platform, and SolarisBank have made it simpler for financial institutions to transition away from complex existing systems in order to develop “neo-banks” – digital banks some of which have developed with the goal of enhancing the client experience.

The age of the start-up has arrived, with a thirst for innovation among investors and customers fueling a flood of new goods and services. Even established financial institutions are beginning to operate and advertise themselves as start-ups, and this departure from the banking institutions of the Fintech 2.0 period has been a distinguishing feature of Fintech 3.0.

Fintech And Its Opportunities

Some types of financial tech provide more advantages than others and are backed and supported by governments and enterprises. Cloud technology, cryptocurrency payment technology, mobile money technology, and other Fintech technologies appear to be highly promising.

The importance and significance of cloud computing have grown during the past 5 and 10 years. Many businesses now provide cloud computing and cloud financial services. The main idea behind cloud computing is that it is a decentralized storage system, which allows its customers to have access to the information and data from all around the world and from anywhere, where the customers are. This enables easier access to information and an increase in the accessibility of financial data. Users are able to access their bank balances from everywhere in the globe, knowing that their data is safe on cloud storage.

You’ve probably heard of the terms Bitcoin and even Ethereum. Bitcoin is digital money that makes use of blockchain. This type of Fintech has enabled the development of cryptocurrency and virtual money – legal currencies that, unlike traditional money, do not have real coins. Blockchain currencies and payment technologies are booming, and we now have a wealth of various digital payment methods at our disposal, making online purchases that much easier. Bitcoin is becoming more popular as industry titans such as Expedia, Microsoft, and Dell embrace the money.

Finally, there is mobile payment technology, which includes Android Pay, Apple Pay, PayPal, and contactless payments. In recent years, these technologies have been more widely available to the general public, altering the way we pay for products and services. You can now stroll into a store, pick up an item, and pay for it with a simple scan of your device.

How To Track the Driving Activities of Your Child Using a...

7 Ways An Auto-Dialer Can Revolutionize Your Business

Why A Career In Business Analytics Is A Good Choice