Home Crypto Concerning Bitcoin’s Hype: All You Need To Know 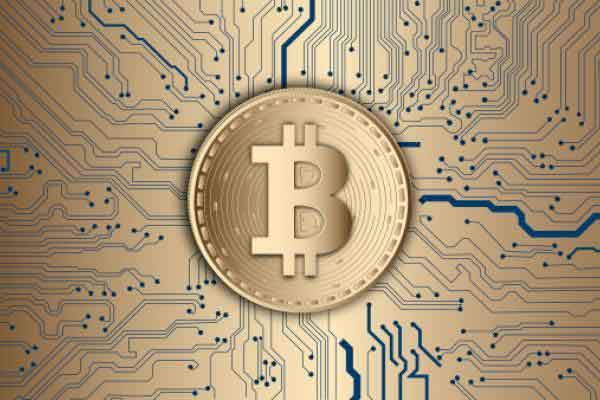 The most famous cryptocurrency is experiencing a resurgence. So what’s the big deal with Bitcoin right now?

Satoshi Nakamoto created the peer-to-peer electronic cash system that gave birth to Bitcoin almost 12 years ago. For years, millions of people have bought and sold this decentralized cryptocurrency.

So, what’s the big deal about this sudden global craze? There are many explanations, as NordikCoin points out. Let’s take a closer look. Bitcoin Is Hovering Around the $20,000 Mark Again

In 2017, the price of bitcoin reached an all-time high of $19,783, which was an all-time high. The cryptocurrency is currently hovering around the elusive $20,000 mark once more.

Its uncertainty may discourage many people from investing in it, but no one can resist it right now. Wouldn’t it be great if you could get your hands on a few BTC worth that much? We’re sure we will

If there was ever a good time to start mining Bitcoin, it’s now. And who’s to say this cryptocurrency won’t set yet another record? Its price could potentially skyrocket. You could even try cloud mining which lets you enter the world of mining without the hardware needed. You can compare cloud mining sites to make sure you are getting the best service possible.

The Coveted Crypto Might Be Heading to Mass Adoption

PayPal has just launched a cryptocurrency operation, making it one of the most recent businesses to embrace cryptocurrencies including Bitcoin Up. Users in the United States can now purchase, store, and sell digital currencies directly on the website.

Many other businesses are incorporating cryptocurrencies into their operations, which is a great endorsement. Banks are increasingly catching on to the trend and joining in on the fun.

As a result of all of this, Bitcoin is becoming more available. That is why so many people are talking about it and rushing to get a slice of the pie.

After all, the delectable pie will vanish one day, which brings us to the following topic.

Bitcoin is usually unregulated by national governments, which is one of the reasons for its popularity. Bitcoin, on the other hand, is governed by a variety of rules, ranging from recognition as a legal tender to government “discrimination.”

Bitcoin is treated like any other type of currency in Australia and Japan, for example. Jordan and Lebanon, on the other hand, have released official statements stating that they oppose the use of Bitcoin. This does not, however, exclude residents of these countries from using Bitcoin.

No One Knows Who Created Bitcoin

There are several conspiracy theories on who invented Bitcoin, but no one has been able to come to a logical conclusion. The author, who is assumed to be Japanese, used the pseudonym Satoshi Nakamoto to write an explanation of Bitcoin shortly before it was mined.

The NSA developed and runs Bitcoin, according to a common conspiracy theory in the United States. If this is valid, however, it will significantly reduce Bitcoin’s anonymity, which is why some conspiracy theorists are reluctant to use it.

There’s also a rumor circulating in the Bitcoin community that Nick Szabo, an American computer scientist, and cryptographer, is the Bitcoin creator. He’s been a frequent commentator on Bitcoin and blockchain technology, and despite his repeated denials that he’s Nakamoto, rumors that he assisted in the development of Bitcoin continue to circulate.

There’s a Limited Supply of BTC

According to a predetermined protocol, the Bitcoin supply is limited to 21 million BTC.

The majority of the BTC that people will mine won’t be in circulation until 2140, due to Bitcoin halving.

The Bitcoin halving is an annual occurrence in which miners’ rewards are cut in half. As a result, miners earn 50% fewer coins per year for adding new blocks to the blockchain than the previous year.

However, as NordikCoin notes, Bitcoin’s value increases as the supply falls due to the 21 million cap. As a result, demand increases as well.

So, it’s clear why major companies are implementing it and slowly sparking mass adoption. And who knows, maybe the protocol changes to allow for an increase in the supply. Now, wouldn’t that be a delight?

Have You Joined in on the Bitcoin Hype?

Bitcoin mining, purchasing, and selling will provide you with a plethora of advantages. So, what do you have to lose? Join the thrilling journey by jumping on the bandwagon! You never know, you could just change your entire life.

If you haven’t yet entered the craze, now is the moment. Take advantage of the ability to obtain BTC and experience much greater convenience with your online payments.

Join thousands of happy users on NordikCoin today and get all your cryptocurrency needs to be met in a simple, secure, and affordable way.

For preventing unauthorized access, the framework includes military-grade encryption, top-notch authentication, and a multi-signature system.  So, get your free Bitcoin wallet and start trading right away.

What Is a Reversal Candle Pattern?