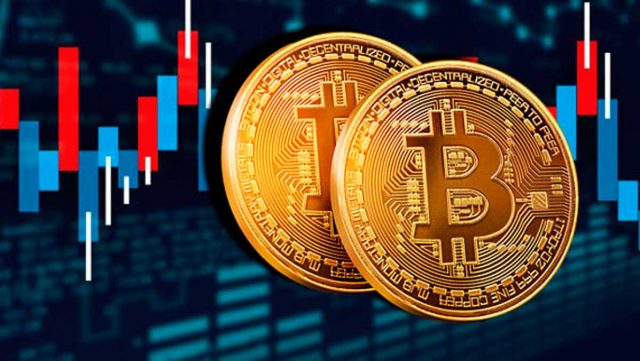 Ranking cryptocurrency is about identifying which qualities you regard as more important. There are many cryptocurrencies available out there, so it isn’t easy to single out the best one. Apart from that, picking the best cryptocurrency for you varies according to your preferences and needs. So, you have to think about your plans and what you want to do with your cryptocurrency.

Nonetheless, here’s a list of some of the most popular cryptocurrencies out there and how they might fit your needs in 2021:

Bitcoin or BTC is one of the top cryptocurrencies out there. It was invented by an anonymous individual who called himself Satoshi Nakamoto around 2008.

As such, Bitcoin is decentralized, meaning it has no central hub or bank. It also has no sole administrator, meaning you can send a bitcoin from one user to another without needing a negotiator.

To verify your transaction, Bitcoin works through cryptography. Your transaction then is recorded in blockchains which is a publicly distributed registry.

Bitcoin is dominating the cryptocurrency market right now, and it’s predicted to continue doing so because it’s highly liquid. This means that if you trade with bitcoin, you can convert your assets into cash without leaving much of an effect on the market price. Thus, traders in Bitcoin are taking advantage of it right now.

Ethereum (ETH) is a great bitcoin alternative. Again, it’s another decentralized crypto that builds and processes DApps or Decentralized Applications and Smart Contracts without intermission and third-party interference.

It’s the goal of ETH to make financial products accessible to anyone in the world. With such, this feature entices many people around the globe. That’s because you can have access to this cryptocurrency, including other financial products, namely: insurance, loans, and bank accounts, even without a state identification.

Ether is the cryptographic token of ETH. It’s the device you use to maneuver around the market of Ethereum. Before, it was used mainly by developers who are looking to publish applications inside the platform. Now it’s also used by investors who are buying cryptocurrencies.

Although Ether is relatively new, being only developed in 2015, it’s now the second biggest cryptocurrency platform following bitcoin. There’s still a significant gap between ETH and BTC, but Ether managed to hit an all-time high in January 2021 while Bitcoin’s price has flattened.

Ripple (XRP), which was launched in 2012, is a form of cryptocurrency and a digital payment platform. As of today, Ripple has the most underestimated crypto value.

XRP started as a payment token that Ripple Labs invented. Its goal was to be used in a nonunified payment system. Although Ripple initially used blockchain to power up the system, it now uses validation nodes.

Ripple tokens are also not mine the same way as you would with BTC or ETH. This gives Ripple an advantage because of its cost, and it is significantly faster to multiply.

During the beginning of 2020, Ripple tokens saw a major loss along with other cryptocurrencies. However, it managed to rise back up, with its main feature being an open-source platform that can foster faster and cheaper transactions.

While it’s true that many financial giants are out to handicap ripple, it continues to be prominent in the industry.

Many investors and traders believe that the shift from traditional financing systems to this new one is on the way. Ripple guarantees to manage the changes on an institutional level.

And that makes the Ripple token one of the most significant cryptocurrencies to invest in this year and on. It’s showing great potential, and it has powerful technology, including a fast-growing network. All these combined pave the way to better and more open payment networks and international banking transactions.

EOS works similarly to ETH because it runs under smart contracts. Because of that, EOS has seen a growth in popularity lately. It also runs through an OS of blockchains which gives a deconcentrated application. This enables the transactions to run fast.

Also, transactions done by EOS are free, unlike many of its competitors. It doesn’t charge a transaction fee for the transfer of coins.

As of right now, EOS is showing a somewhat flat performance because of its non-arbitrary display. This is a significant advantage because most cryptocurrencies are known to be very volatile.

For that reason, plenty of traders prefer EOS, and it remains highly active despite some drawbacks.

Lastly, you may want to consider Binance Coin (BNB) as it’s becoming more popular for a number of reasons.

One of which is having an immense daily trading volume and a high market cap. Thus, you can easily trade it on various crypto trading platforms aside from its platform: Binance.

Aside from that, Binance has solid fundamentals, which translate into potentials. Its exchange platform has many cryptocurrencies, and you can use BNB, ETH, BTC to trade.

Moreover, the community of crypto traders has high regard for its CEO because of regular updates on Binance’s developments. Not only that, but the CEO also engages with the community in his Twitter account.

Aside from being popular, many investors also love the quarterly burn of BNB. This means that Binance burns the tokens they bought from 20% of their profits. By doing this, Binance can decrease the token’s supply to increase its value.

What’s more, is that you can save at least a 25% discount when using BNB to pay for transaction fees on Binance’s platform. This means more earnings for you.

If you’re a newbie or already started learning crypto, it’s best to know which cryptos are gaining popularity every year. That way, you’ll know which ones are worth investing in.

Moreover, if you know how to trade cryptos, you can use it to grow your investment portfolio. But the most important thing is to know which ones have the potentials to grow your crypto investment. All else will follow.

What is Bitcoin? How is Work, and What are the Pros and Cons of it?

What Are the Top Tips To Know When Trading Cryptocurrency?

Why You Need to Hire a Reputable Web Design Company

Concerning Bitcoin’s Hype: All You Need To Know

What is Bitcoin? How is Work, and What are the Pros...

Bitcoin – Yes or No? Should You Invest in Bitcoin?