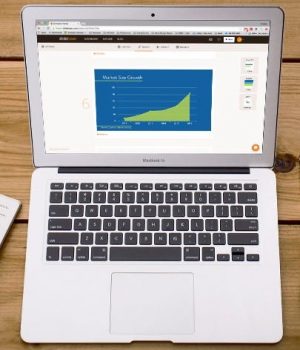 Technology continues to progress at a fast pace, with new trends popping up daily and multiple competitors trying to utilize the same techniques as you. As a business owner or product developer, it can be easy to get frazzled and not know which steps to take to further your processes and success rate. Programming languages have become an essential part of businesses, as they allow companies, their employees, and customers a smooth and dependable software platform. Other perks include minimizing the chances of viruses and developing your product in a timely and effective manner.

It is important to understand that not every programming language will be suitable for you, your level of expertise, and/or your company’s needs. It can also prove quite complex and costly to adopt a new programming language if your existing infrastructure is complicated. If you’re already trained in one language that seems to be doing the trick, you may not need to switch. However, if your current system is not satisfying your business needs, then it could be essential to alter your programming language. Understanding the difference in each and their individual quirks are essential before diving in. For example, some may be better suited to frontend development, while others are better suited to backend or mobile. (1)(2)(3)

Java is a popular programming language due to its cross-platform capabilities. It is considered to be best-suited to mobile and android applications and is often praised for its scalability and flexibility. It has been estimated that approximately 230,312 companies worldwide use Java within various industries, 91,903 of which are located in the United States alone. (4)(5)(6)

There are several reasons why Java is preferred for product development uses, some of which include:

Ruby is considered to be well-suited for smaller scaled businesses and startups, as it doesn’t require extensive prior expertise. Approximately 149,843 companies worldwide use Ruby, 62,956 of which are located in the United States. Ruby’s purpose is to aid businesses in creating quality website pages in a timely manner. Due to its simple usability, as well as its well-known web application framework, “Ruby on Rails”, it has remained a household name amongst product developers. (10)(11)

Ruby on Rails is considered to be one of the top backend web frameworks and has been applied by multiple popular brands including:

Advantages of using Ruby include:

Python is considered to be one of the most reputable, high-quality, general-purpose programming languages amongst product developers. A 2019 survey conducted by Stack Overflow highlighted its ever-growing popularity, with a current estimation of 160,732 companies using it. It is also very popular amongst data scientists. This isn’t surprising when taking into consideration everything that it offers. (13)(14)

Popular brands/companies that have been known to use Python include:

Advantages of using Python include the following:

Swift is a popular programming language due to its efficiency and risk management capabilities. Prior extensive expertise is also not required and is, for this reason, praised for its user-friendliness. Swift’s speed is also a large selling point, considered to be almost 8 times faster than Python. It is also notably popular amongst Apple developers for mobile use. (2)

Popular applications of Swift include:

Reasons companies choose Swift over other languages includes the following:

Scala is another general-purpose programming language that is well-known for its elegant approach and ability to avoid bugs entering the system. Its high functionality paired with object-oriented programming has led it to be described as a more powerful and logical version of Java. Its use of powerful language is often a highlighted feature that enables developers to boost code effectiveness. (17)(18)

Popular companies that have been known to adopt Scala include:

Advantages of using Scala include:

C is considered to be one of the most difficult, yet high-level programming languages to learn, however, if mastered is also considered to be a stepping stone into other languages. If you can understand the C language eloquently then you’ll have no trouble adjusting to others. C, however, is a procedural language that doesn’t offer as much as its modern variation of C++, which has added object-oriented programming to its list of perks. C++ is well known for being popular amongst game developers. (5)(22)

Well-known companies that use C/C++ include the following:

Perks of using C include:

There are several top programming languages worth considering for product development. Each comes with its own set of unique perks and idiosyncrasies that should be understood before choosing. Some are better suited for small-scale businesses, for example, while others are well-versed to function on any scalability. Level of required expertise, security, speed, and user-friendliness are a handful of key points to consider, as well as ensuring that it meets your desired needs and standards.

4 Strategies for Increasing Collaboration in Development

How To Streamline Booking Process and Attract More Clients

How to Use a VPN on Mac (Ultimate Guide)