Home Internet How Python Is Used In Data Science? 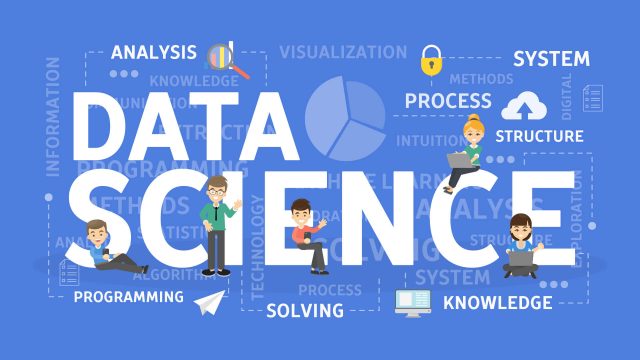 “Python has been an important part of Google since the beginning and remains so as the system grows and evolves. Today dozens of Google engineers use Python and we’re looking for more people with skills in this language.”  – Peter Norvig

When you Google the most preferred language for Data Science, what do you find? Yes! It’s Python.

The above quote conveys that Python is important for programmers and is so beneficial in data science that if you go with a Python Data Science Course, you can become an invaluable asset for your company.

A recent report by Analytics India Magazine states that around 53.3% data scientists preferred Python as their programming language.

Moreover, 66% of Data Scientists were reported to use Python daily, which made it the number one language for analytics professionals, in 2018.

KDNuggets’ annual poll of data scientists’ most used tools found that Python took over R in 2017.

With the escalating development in the Python ecosystem, this trend is going to continue. Data Science is the domain where job opportunities are in abundance across the globe. In 2020, IBM predicts a jump of 28% in the demand for Data Scientists.

Also, the average annual salary of a Data Scientist at an entry-level, according to payscale, is INR 500,000. At a mid-career, the average salary may go up to INR 698,413.

Being a general-purpose language, it can be used for both desktop and web application development. The complex and scientific applications can also be developed through Python. These versatile features make it one of the most used programming languages in the world. This versatility also fuels its usage in data science and data analysis.

What is Data Science?

Data Science has become a buzzword in the last few years. It has emerged as an innovative and promising career path for tech professionals. You are required to have the excellent problem-solving capability in order to provide useful insights and solutions that are driven by data. The Data Science life cycle consists of some crucial steps such as Problem Statement, Data Acquisition, Data Processing, Data Exploration, Model Selection, Deployment.

All these steps are carried out by a group of Data Engineers, Data Scientists, and Data Analysts.

Let us now see why Python is just the right programming language for Data Science.

Why Python for Data Science?

Python is the most-widely used language by data scientists because it allows for the integration of SQL, TensorFlow, and other useful libraries and functions that are essential for data science and machine learning. There are many features that make Python the most suitable programming language for Data Science. Some of them are cited below.

The ease of use and simple syntax of Python makes it easily adaptable by the people regardless of their tech background. This is an ideal language for the developers who wish to script applications or websites.

The best part is, it is a free, open-source, flexible, and powerful high-level language.

Open-source implies that it is free and works on a community-based model for application development. It can also be ported to different multiple platforms.

It is very easy to learn, the reason being its simplicity and readability. If you use Python, you need to write fewer lines of code to complete the task than other traditional languages. So, the ease of learning makes it a perfect tool for beginners. So instead of worrying about writing code, you can focus on other important web application processes.

There are plenty of libraries available, fueled by a large number of users in academic and industrial areas. With the increasing number of Python users, the more experiences and information is shared on the community, making lots of support material available at no cost.

So, to summarize, Python is available for free and at a low complexity level, and whenever you are stuck somewhere in between the development process with some problem, there is a huge community to support you.

Data Science is important for every business in order to improve its products, effectiveness of marketing strategies, and business decisions. Can you believe that there is 344% of dramatic growth observed in the demand for data scientists since 2013, and annual growth of 29%.

When the jobs are considered, Data Scientist is the most in-demand job profile with job openings between 250,000 to 1.7 million in 2020. Moreover, this job profile remains open for 5 more days on job portals compared to any other job profile.

Almost every major company is looking for skilled data scientists, such as IBM, OpenText, Microsoft, Airbnb, Oracle, Microsoft, Cloudera, and many more, to make their mark in the industry.

With such an innovative and ever-growing field, ever-increasing data generation, the market is thriving on the data. Data science is an integral part of every business thereby making it the most demanded profession. If you wish to upgrade your career and want to enter this domain, you might have a lucrative career as a Data Scientist.

Going for an online training course can be a wise move because it provides you flexible learning hours along with options in the mode of learning. Also, they make sure that you launch your career as soon as possible with hassle-free learning.

Getting yourself enrolled is all you have to do.

Top 5 Things to Check Before Using a Free VPN