Home Crypto Meme Coins That Made An Impact 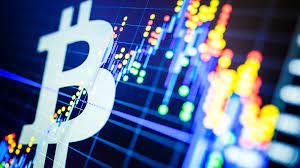 Meme coins are the ones that have been inspired by a joke or social media trolling. They started out as a way to mock other cryptocurrencies and then gained momentum. Currently, there are more than 200 meme coins available for trading and if you are new to the crypto market, it can be difficult to distinguish the better ones from the others. There are some meme coins that became very successful thanks to their respective communities. However, there are a few meme coins like Squid Game tokens which immediately got busted. Although founders and communities are trying very hard for these cryptocurrencies to shed the term meme coins it is almost impossible as the names of these cryptocurrencies are indicators of their purpose. For example, if you are looking to buy Solana in India, you need to get a fair idea of what cryptocurrency does and why you should invest in it.

Let’s take a look at the meme coins which actually made an impact on the crypto economy.

You cannot talk about meme coins without mentioning dogecoin. It was a meme coin that started the trend of meme coins in the crypto world. It was launched not only as an experiment but also to mock Bitcoin in 2013. The token itself is a photo of a dog that was popularly used in memes online. Dogecoin may not have gained a lot of value since the time it was launched however the community has ensured that it is one of the leading meme coins and it is a favorite of investors who are looking to invest for fun. Two other meme points stemmed from Dogecoin. One of them is called Dogelon Mars and the other one is called Doge dash. Dogelon Mars came into existence when Elon Musk claimed he would be sending a token of Dogecoin to Mars and he intended to make a colony on Mars.

Ever since Dogecoin became a success more creators started developing meme coins. One such coin that has gathered success is the Shiba Inu. Shiba Inu was launched in 2020 when the world had come to a virtual standstill and people needed a hobby while sitting at home. A bunch of millennials looking to spend time and have fun while placing bets discovered this cryptocurrency. This snowballed into the Shiba Inu that we see today. One of the reasons everybody seems to notice Shiba Inu is the fact that it was listed on one of the most popular stock trading apps in the world. The petition to be included on this app gathered a lot of signatures from Crypto enthusiasts.

Doge dash was made specifically for people who love playing 90s classic games and enjoyed doing so in the lockdown. Childhood favorites like Mario and Sonic are something that people turned to in times of sinister reality. Doge dash was designed to make video games available to a mainstream audience. If one clears all the levels and collects coins along the way, they are rewarded with coins, and these coins are sent directly to their wallets.

Cryptocurrency is generally created keeping in mind certain problems. Cryptocurrencies are made as solutions for these problems and to ensure that the crypto economy gets a boost and the crypto ecosystem becomes better. Meme coins were created to fool around and there was no guarantee of any return on investment. They are still considered a fool’s game or merely gambling using sophisticated technology. Unlike other cryptocurrencies, they do not have applications and they do not have any prospects in terms of real-world use. Unlike with ETH to INR, if the volume of trade goes down or if people around the world collectively decide to shun meme coins, then there is no actual value to these. The respective communities are working hard to ensure that these coins have a fixed place in the global crypto economy.

Bitcoin – Yes or No? Should You Invest in Bitcoin?

Importance of Technology In Today’s World

6 Best Apps for Bitcoin Use