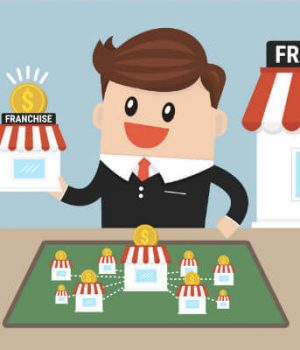 When we’re browsing the shelves at our local electronics retailer or getting ready to purchase a new device online, we’re looking for our new device to fulfill a particular purpose. Depending on which device you purchase, however, it may fulfill that purpose more or less effectively. We want the most we can possibly get out of our devices, especially since the marketplace mandates that the prices for most of them are on the weightier side. We want our devices to be able to access a multitude of apps, seeking to get the most value out of our investment: one device for a variety of streaming services, games, tools, and more.

Get The Most Out of Your Corporately Restricted Tech

Unfortunately, the reality is that few of us have ever experienced anything like this before, as the companies that manufacture our tech haven’t made accessibility a priority: especially if some of the applications we want access to would compete with the services they provide. The Amazon Firestick is a great example of one such piece of tech, having direct access to Amazon’s website but not allowing its users the option of accessing a bunch of free streaming services, like Kodi. The Firestick, which advertises itself as comparable to any other set-top box system, was designed to sell you products off of Amazon’s website and deliberately limits your ability to access potentially competing services.

However, for people who have already invested in a Firestick or similar tech, this reality is often unsatisfying and deeply disappointing, especially for those who invested in this technology specifically for football channels. To know that you cannot have access to a particular application you need, or even a service that will save you money, simply because the manufacturer has decided that you cannot (even though your tech is otherwise prepared to host a particular application), is likely to inspire frustration, even the desire to buy a whole new piece of tech. However, before you shell out the money to purchase something new, there is a way to make sure you can get the most out of your existing tech, removing those pesky restrictions and opening up a whole new world of interconnectivity from your home.

Let’s talk about it.

This method of reclaiming your technology’s potential in spite of restrictions set by its parent corporation is known as jailbreaking, and it consists of rewriting your device’s programming to remove unwanted, unnecessary manufacturer restrictions. The removal of these restrictions will not compromise your device’s security but will allow it to work with open-source software and other third-party applications.

Jailbreaking might seem relatively new to those who haven’t considered breaking out their tech before, but it’s been around for the entirety of the technological revolution: the original iPhone was actually one of the most commonly jailbroken devices, as users wanted to use Android apps with their new devices and became frustrated with Apple’s inherent unwillingness to allow their tech to work with those applications. Moreover, the right of customers to jailbreak their tech has been historically legally protected in most states and provinces, as once the consumer buys a particular piece of tech, it’s theirs to do with as they wish: the parent corporation doesn’t get a say in the matter.

Jailbreaking your tech can be easier or harder depending on the tech you’re working with, and how easily its default settings can be modified. Going back to our earlier example, the Amazon Firestick is one of the easiest devices to jailbreak, just requiring you to mess with a couple of security settings to make it easily compatible with a variety of applications. It’s a quick, easy way to turn a corporate product geared for selling you products from one site into a universal remote, able to access whole new worlds of content at a moment’s notice.

Jailbreaking your tech won’t solve all of your problems, nor will it entirely eliminate corporate incursions on your digital space. What it will do, if done properly, is crack your tech and allow it to experience compatibility with a wide range of available applications and software, maximizing your investment and allowing you to get the most out of your tech.

KAT - Modified date: August 24, 2021
Applications
Digital Wellbeing is still an incredible app for controlling mobile apps and social network use. It is invented and built up by Google. The...

The Choice Between Managed IT Services and Break/Fix IT Support