Home Applications 4 Examples of Crazy Technology You Don’t See Every Day – All... 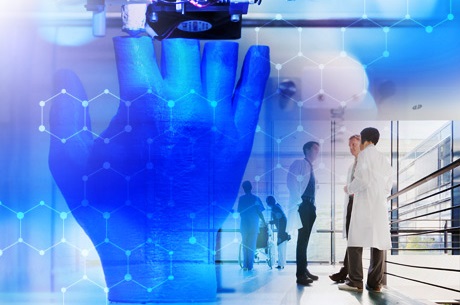 We live in a world that’s steeped in technology. You can’t throw a shoe in the average home without hitting something powered by computer chips and electricity. We’ve become so used to these technological marvels that it’s getting hard to imagine what we’d do without them.

Thankfully, one of the biggest benefits of technology is that we’re generally only limited by our imagination, and human beings can imagine quite a bit. Here are some examples of crazy technology you might not see on a daily basis but is having a major impact on our lives. From space to medicine to construction, tech is helping make the world a safer place to live and improving quality of life.

If you’ve paid any attention to the news over the last 12 months or so, you’ve probably seen something about how the construction industry is facing a massive worldwide labor shortage. In a nutshell, there aren’t enough new workers entering the field to offset the aging workforce that is quickly reaching retirement age.

Instead of slowing down projects or waiting for the next generation of construction workers to enter the industry, some countries are turning to humanoid robots to take the places of the missing laborers. They can get work done under and circumstances and conditions.

These robots are capable of handling repetitive and mundane tasks, like hanging drywall and laying bricks, in both semi-autonomous and fully autonomous methods. The drywall robot, known as HRP-5P, can work completely autonomously, hanging drywall panels without any human control.

Space is on everyone’s mind these days. SpaceX is rushing toward the first launch of an American rocket since the end of the shuttle program. We’re hoping to have humans back on the moon by 2024, and a permanent moon base four years later. Rockets are amazing technology in and of themselves, but with the high number of launches recently, it’s easy to take these for granted.

What most of us aren’t seeing are the things that are being accomplished in orbit, including microgravity manufacturing. While it isn’t done on a large scale — at least not yet — some materials may be easier to manufacture in microgravity than they are here on Earth.

One example of this is optical fibers. They can be manufactured on Earth, but their quality and performance are higher when they’re assembled in microgravity.

The construction industry is not one for the faint of heart. It takes a lot of physical and mental strength to work in this sector, which is why safety equipment is an essential part of the job. Anything from electricity to noise to heights can contribute to the hundreds of on-the-job injuries that happen every year.

If you’ve ever seen a construction site, you’re probably aware that hard hats are a safety requirement. Technology is taking these otherwise innocuous pieces of personal protective equipment to the next level.

One company is working on an upgrade kit for the standard hardhat. In addition to protecting the head, they can monitor everything from the wearer’s location to the ambient temperature and even the worker’s movement.

This, in addition to things like heart rate monitoring, can alert management to an employee that might be at risk for a fall or injury due to the misuse of a safety harness or other ambient conditions.

It feels like everyone and their brother has a 3D printer these days. You can bring home a desktop model for a few hundred dollars and use them to print anything you can imagine. While this is an amazing piece of technology that wasn’t possible a couple of decades ago, it’s something that everyone is pretty familiar with these days — at least, until you start looking at the field of medicine.

Pair 3D printers with human cells, and you have a tool that could eventually replace the need for organ transplants. The problem with transplants is that the recipient has to spend the rest of their life on anti-rejection drugs that dampen the immune system to prevent rejection. 3D bioprinting eliminates the need for these drugs by creating an organ from the patient’s own cells. As far as their body is concerned, it’s no different than the one that was removed.

Technology is Changing Every Day

The technology we take for granted is changing every day, and many of these advances aren’t things the average consumer will see. It might not be too long before you can purchase a device built on the International Space Station or even on the moon once we establish a base there. Tech is an integral part of our daily lives, and it will continue to shape the way we communicate, build and even explore the universe as we move forward.

Team TechieMag - Modified date: May 26, 2020
Applications
There is no doubt that streaming movies and TV shows have been a mainstream thing to do nowadays. Especially after an exhausting day at...

How To Make Your Android Look like An iPhone (Without Root)...