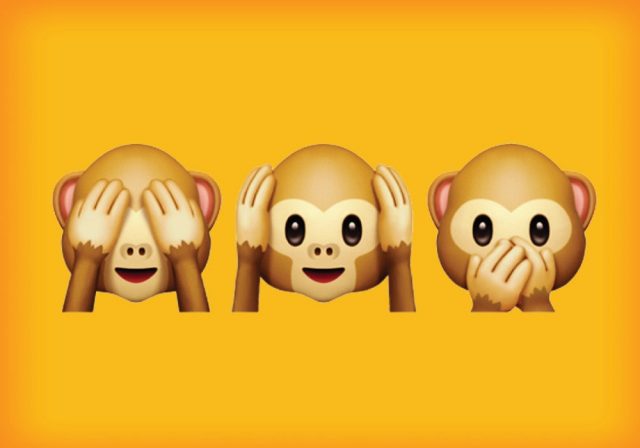 How do you express something that can’t just be described or put into words? Communication does only have to be about words from all kinds of languages. People communicate in different ways, depending on their culture, tradition, and the situation.

In modern days, people use emoji instead of words to communicate with other people. You could also incorporate emojis with your texts. Here are the random and most common emojis you can use and the meanings behind them:

This flushed emoji is also called the “ embarrassed emoji ” and is one of the most common emojis used by many people. This emoji is portrayed as a blushing face, has its eyes wide open, and the eyebrows raised. It is mostly used for expressing embarrassment about something or being shy.

This face emoji portrays a person screaming, has its eyes and mouth wide open, and both arms are on the face. It is used to express when someone is horrified or shocked about something they didn’t see coming, or see something terrifying. This emoji is commonly used for negative reasons and not much for a real purpose.

This nauseated face emoji has many meanings behind them, but mostly negative ones. People use this emoji to express when they feel nauseous or want to throw up. It could mean that they are sick or have seen something that can make their stomach sick.

The person does not necessarily have to feel this way to use this emoji, and they could feel just a little grossed out or disgusted if they see something sore to their eyes.

This smirking emoji is commonly used for either sexual reasons or for teasing. This emoji can be sent to someone you are trying to flirt with and are suggesting something. It can also be used when you realize that both you and your friend understand what they are referring to even without saying words.

This clown emoji is one of the most popular emojis used these days. It does not necessarily portray an actual clown, but it could mean something else. It could say that the person feels like they are funny.

It can mean that the person is a “fool” after being played by someone they thought is true to them, but is not. This emoji can also be used to call out someone that is just fooling around while everyone else feels upset or uncomfortable.

This emoji is similar to the tongue-out emoji, but this emoji’s eyes and tongue have a dollar sign. It usually means that the person loves money so much, or is earning a lot of money and is excited about it. The dollar sign is used to represent money or wealth.

It can also be used to express that they are about to win the “jackpot” or receive their payday. This emoji has both positive and negative meanings that are related to money.

This emoji looks like a person salivating or has its saliva flowing out from its mouth. It has different meanings, such as having the desire to eat something delicious or seeing something they want to devour.

It can also be used when they see an object they want to acquire or wish to hold in their hands. This emoji is also standard for people who are flirting with someone, and it is a way to say that they find someone sexy or good-looking.

Face With Steam From Nose Emoji

This face emoji is portrayed as a cloud of smoke or air gushing out from its mouth. It is used to express one’s anger or frustration about something. Aside from the negative meaning behind it, this emoji also has its positive sense.

This face emoji is portrayed as an emoji with a bandage on its head. It can mean that the person is sick or injured from an accident. This emoji can also be used, even if the person is not feeling unwell. You may use this emoji when you feel like something is making you sick.

This emoji portrays a face with eyes that are “X” or swirling, depending on which device or platform you are using. This emoji does not necessarily mean that you are feeling dizzy or nauseous about something, but you may also use this emoji for that purpose.

People use this emoji to express their confusion about something, and that they don’t understand what the person is talking about. It could mean that the situation you are in is making your headache and that you are in a position that is difficult to manage.

With the ongoing pandemic, this emoji is very popular and widely used. This emoji could mean that the person feels sick or unwell, or it can merely say that they have a contagious illness.

It can mean that the person is wearing a mask to be safe from the coronavirus. This emoji could also mean that the situation they are in makes them feel unsafe, sick, or uncomfortable.

Like the nauseated face emoji, this emoji portrays a face that is already throwing up because of being nauseous or disgusted about something. A person could feel like throwing up, so using this emoji or express their feelings through this emoji. I can also mean that the person sees something that makes them throw up.

Emojis are great for communicating with other people, whether they are our lovers, friends, family, and co-workers, without saying something or having words come out from our mouths. If you are not the kind of person who is good with words, you might as well resort to emojis!

How Much Money Do You Save With Solar Panels on Average?

The Growing Impact Of Social Media On Video

How Can Business Owners Protect Their Companies

Discover the Most Successful Small Businesses in 2021

Which is the best Search Engine for finding Images?