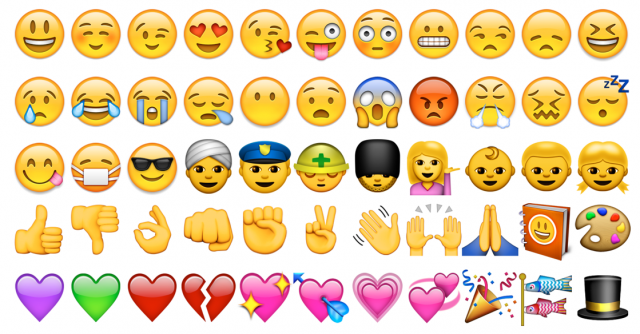 Emojis are one of the unique ways we can express how we feel. It is not just about “smileys” or showing how happy we are, but we can also show our sadness or discomfort in a situation. Here are the emojis you can use when you feel sad, uncomfortable, stressed, and other negative feelings:

This face screaming in fear emoji is also called the “ scared emoji,” It usually has a negative behind this emoji. This emoji is a face with a blue upper part, and the eyes are full and empty like a letter “o.” Its mouth is wide open and it has both of its hands on its face, just like how a scared person looks.

This emoji has a similar face with the characters from the “Home Alone” movie. Just by looking at it, the emoji can portray a person who is shocked, frightened, and scared. It can be used to react to shocking news or terrifying events or scenes.

This emoji can also be used for fun and for situations that are not that “severe.” Mostly, the various meanings behind this emoji are harmful, and not much on the positive connotations.

The common reason people use this emoji is to express their disbelief or being scared. It can also show when the person sees something that is very discomforting or something uncomfortable to them.

Another similar looking emojis with the previously mentioned emojis is this emoji with an anxious face with sweat. It can portray a person nervous about future events that will or are bound to happen. It could also mean that the person is in an uncomfortable state where they are scared of a particular person.

This worried face emoji can be used for different reasons, but mostly in a negative way. It can merely portray a person who is anxious or in a discomforting situation. It can also be used for a person who is worrying about something. This emoji is sometimes confused as a sad emoji, so it is also commonly used for tragic situations.

This anguished face emoji is similar-looking to the previously mentioned emoji. This emoji has a raised eyebrow and a slightly open and slightly sad mouth. It can be used when the person is in shock or a discomforting situation. It can also portray a person who just heard a piece of disappointing news or discovered something that can have them in disbelief.

Another emoji where you can show discomfort is this grimacing face emoji. This emoji has its teeth showing. Using this emoji can portray someone disapproving of something or experiencing something or a situation where they do not want to belong. It can also mean that the person is disgusted or weirded out of something.

This sad emoji has a thermometer in its mouth. As you can see it, it can describe a person who is ill or feeling unwell. This emoji does not only apply to people who are sick or have a high fever, but it could also mean that they feel uncomfortable or about to have fatigue.

This tired face emoji has closed eyes and is shaped like a “D” laying flat. This emoji can portray a person who is tired, bored, or just when it is discomforting for them. It is sometimes used by people who are feeling hungry and want to eat already. Most of the time, this emoji has negative meanings.

This angry emoji, as observed, is used to express anger or being upset. It can also mean that the person is furious about an event or someone they immensely dislike. It is also commonly used when they are placed in a situation that angers them so much. This emoji is sometimes confused with the pouting face emoji.

This pouting emoji is like the angry emoji, but it is in the color red. It can mean that the person is in a state where he or she is more than just “angry.” It can portray all kinds of negative meanings, such as frustration or hatred towards someone they dislike or do not want.

This emoji that has a sad but relieved face portrays a person who is currently distressed or in a situation where it immensely stresses them out. It can be used when they are feeling upset about an event, or when they hear something disappointing. This emoji is usually confused with another emoji that looks like it’s about to cry.

This sad face emoji with sweat on its head is commonly used when worrying about something or is distressed. This emoji can portray someone who is hopeless and thinks there is nothing they can do about the negative situation.

Another emoji that is confused, but is also accepted as the “sad face emoji” is this frowning face with open mouth emoji. This emoji is commonly used when a person accidentally or intentionally finds out something that leaves them in a state of disappointment. This emoji is usually used for negative reasons, and rarely for positive purposes.

With emojis, we can express our thoughts and feelings, whether they may be happy, sad, or other, without showing them through words. It can also be used as a signal for help, especially when we feel discomforted or are in a situation where we are troubled or in danger. The meanings of emojis depend on how we use them.

Causes of Failure and How to Recover Data from a Flash...