Home Internet What Type of Phone Plan Is Best for You? 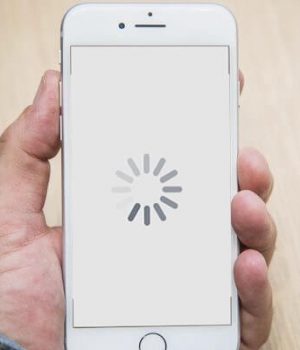 Everybody needs a cellular provider to utilize a smartphone’s capabilities in their entirety.  The overwhelming number of carriers causes many to automatically select the most popular providers.  However, this may not be the best move, and evaluating different plans ought to be a painstaking activity that distills what you want and what you pay for down to an exact science.  Always, there is a chance that you are using way less than you are buying.  If you’ve just arrived at this epiphany, then you may at least begin the process of moving in a more responsible direction.  Perhaps this post will make your selection process as painless as possible.

A Plan With a Good Network

Streaming services and data are great, but they are not necessary.  Ultimately, phones are for making calls, though the modern age would not have you believe this!  Your current provider might present a lot of reasons for you to switch, but poor reception across the board should be the most immediate one.  In the 21st century, tolerating spotty or absent service should not be necessary.  As commercials on television suggest, only a few major providers, like Verizon, T-Mobile, and AT&T, offer the most coverage.  Indeed, these providers are the biggest ones whose networks are the most expansive.  These big-league players definitely vary in terms of coverage, but in general, they are all widespread across the US in comparison to small fry.

Inexpensive mobile plans aside, coverage may determine which major network you choose.  There are cold spots for some of the biggest services, and living in one of those cold spots might render a specific provider obsolete regardless of that provider’s size.  Coverage may not be an issue in an urban setting at all, but you should be wary of the issue in any case.  If you are struggling on the coverage front, and you truly live in the middle of nowhere, Verizon is probably the best option, but it really should not be necessary if you live in suburbia.

A Plan With The Best Perks

Sometimes, a great plan might come down to perks, some of which may include streaming applications.  A perfunctory evaluation of a provider’s most elaborate packages reveals that there are many kinds of rewards among other positives.  Essentially, these perks might offer enough of an incentive to favor one plan over another if two plans present similarly good coverage.  Changing to a different plan might get you a new amazing device or a smorgasbord of exclusive streaming services.  This depends entirely on the selection you make.  Just the biggest providers will offer the best perks, however.  Some providers present benefits as unique as discounts for attending sporting events or discounts at certain restaurants.  Everyone should be more immediately concerned with coverage, but your ultimate decision may depend on how much you want to binge a show.

A Plan With The Lowest Price

Cost is also a major factor.  Plans offered by the largest providers typically present the greatest expense.  Less expansive providers inevitably cost less, though they may cut corners on perks in a way that the major players do not.  Many of these smaller providers use the same networks as larger ones, so a cheaper provider will lack perks fairly exclusively, offering solid coverage besides.  Cost may be a significant reason to leave perks in favor of something more practical.

Ending a plan early is possible, but if you end it prematurely, then you are wasting what service has offered you.  Using a plan is intrinsically more frugal than changing without demonstrating an ounce or two of restraint.  It is not just a matter of avoiding termination fees.  It is also a matter of using what you have bought and refusing to allow a great utility to go to waste.

You ought to refuse to switch unless your current provider has wronged you significantly with major changes to what is included in a plan.  Switch if you want to put up with termination fees.  The shorter your contract is, the less of an impact termination fees will have on your budget.

Hopefully, you now have a sense of what to look out for when considering a new provider.