Home Game Tips for Newbies in World of Warcraft Classic 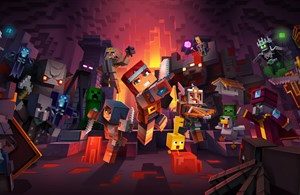 Game developer Blizzard is actively developing the main version of World of Warcraft and with each update, the game gets new mechanics, skill dungeons, and character development paths.

Of course, not all players like the new updates, and many continue to like Lich King – more hardcore and complex chronicles for many players. The simplification of the gameplay was a reason for many players to leave the project, as they had to spend much more time for similar results.

Therefore, Blizzard restarted World of Warcraft Classic and many players immediately went for a wotlk boost of their newly created characters.

But what to do in the project for an absolute beginner? Let’s figure it out:

The game picks up the gamer immediately after the character creation stage, sends them to a mandatory, but short-term training – tells the basic mechanics, teaches how to use skills and how to move between locations.

Next, the player will go to take his first task, which will launch the main storyline – her task is to tell the player about the game continent, the main characters, and the causes of the conflict between the two factions.

The quest leveling system relieves the player of the need to take the initiative and come up with places and ways to gain experience to gain levels. The system takes the character by hand and leads quest after quest, issuing new weapons and armor, and rewarding with gold and resources.

Beginners should test the first characters and go to the maximum level, strictly following all the tips and tasks that World of Warcraft Classic gives out.

Dungeons are active game zones that the player enters as part of a group.

The zones are divided according to the level of difficulty and the higher the difficulty, the more participants are required, and the more equipment will be needed for a successful passage, but the reward varies accordingly.

Regardless of the chosen playable class, go to the dungeon as soon as possible. This is the best way to get equipment, gold and experience in the game.

There are a lot of groups that regularly recruit to go to the dungeons, and there is a use for each class.

There is no need to be embarrassed that somewhere you do not know your character well enough and know how to competently control it in order to inflict maximum damage and avoid unwanted deaths. The more you go to dungeons and raids, the better you will learn to understand and apply all the strongest sides of your character, regardless of class.

What you need to know about professions

You can choose only two main professions, but there are three additional ones available to everyone – fishing, cooking and archeology.

There are two types of professions – gathering and creating.

Ideally, if you choose one profession from each group, so that you can provide the character with resources and convert them into finished goods. Consider your class.

Collecting herbs – can be found in most locations, almost impossible to miss, needed for alchemy.

Mining – near the mountains you can find rocks that can be mined. You will need a pickaxe, which is available from the NPC.

Skinning – There are many animals in the game world that can be skinned in order to transform it into leather. You will need a special knife, which is bought from the NPC.

Jewelcrafting – you need gems from rocks and inscriptions for the production of jewelry with amplifying parameters.

Tailoring – produces cloth armor for magical classes, obtained directly from monsters. The most independent profession for the production of finished products.

Alchemy – converts herbs and plants into potions of various directions. There are potions that damage the enemy, restore health, and remove negative effects.

Inscriptions – create unique scrolls, according to which craftsmen can create weapons, armor and jewelry with unique effects.