Home Business Is JAMstack the Future of Websites 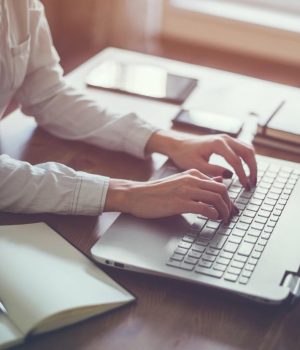 WordPress has dominated online publishing for quite some time now. Though some people feel this situation is permanent, other contenders are resolutely attempting to change the architecture of the Web.

The Biggest Advantages Of JAMstack

JAMstack is one of the most important methodologies that could change the Web in the years ahead. JAMstack is short for Javascript, API, and prebuilt markups. According to the experts at Contentful, “the static nature of a JAMstack app makes scaling easy and causes little to no dev-ops overhead.” In addition, utilizing the JAMstack approach can improve the security of your website. WordPress co-founder Matthew Mullenweg has spoken loudly about his disdain for the JAMstack methodology. Mullenweg has engaged in a long-running, public debate with JAMstack proponent Ohag Eder-Pressman (OEP). According to OEP, JAMstack will ultimately become the dominant architecture for modern websites. Though only time can tell, it seems clear that JAMstack will become increasingly relevant in modern Web development.

The Quest To Challenge WordPress

There’s no denying the tremendous impact WordPress has had on Web architecture. WordPress has the advantage of wider adoption. Nevertheless, Web developers are on the prowl for new alternatives. Currently, JAMstack websites only comprise about two percent of the Web. However, there are plenty of signs that JAMstack is rapidly gaining popularity. OAP estimates that within five years, JAMstack websites will grow fivefold. At that point, there’s no telling how rapidly JAMstack will expand. JAMstack offers a new kind of flexibility for modern Web developers. While WordPress is a commercial publishing platform, JAMstack is better thought of as a collection of tools. In all likelihood, JAMstack’s growth will depend on the collective decisions of Web developers throughout the world.

The Advantages Of JAMstack Adoption

OAP is certain that developers will successfully evangelize the advantages of JAMstack adoption. JAMstack platform Netlify recently announced it is working with more than one million developers. Next.js and Gatsby have attracted developers in hundreds of thousands. Naturally, the future of Web architecture isn’t set in stone. Still, it is a safe bet that JAMstack will remain vitally important into the foreseeable future. Compared to WordPress sites, JAMstack sites are built for maximal speed and efficiency. If you adopt JAMstack, you will no longer have to worry about utilizing Apache or MySQL. JAMstack sites are created statically and distributed through an efficient edge network. This obviates the need for traditional Web servers. In addition, this Web architecture doesn’t require regular database calls. This makes JAMstack websites remarkably fast. Arguably, JAMstack is an excellent methodology for Web developers who utilize cloud-based Web providers. When you eschew traditional Web development methodologies, this allows you to skip the complicated task of maintaining a dedicated server. Once you have a dedicated server, you will also have to spend valuable time maintaining and upgrading your server. Naturally, each layer of necessary maintenance will reduce your ROI. It’s always a good idea to reduce the complexity of your site maintenance process

The Future of Web Architecture

WordPress is so entrenched that it should remain relevant for years to come. Still, there’s no denying that Web developers are constantly searching for more efficient methodologies. Although JAMstack will likely have a great future, there can be no doubt that JAMstack needs more unified platforms before it wins over most Web developers. OEP’s Stackbit is one company working hard to earn the trust of the public. Using Stackbit, one tech journalist was able to start a new website in as little as an hour. This shows that Stackbit and similar sites have the potential to challenge WordPress on its home turf. Still, JAMstack platforms need far more development before they can truly compete with WordPress or Squarespace. Over time, non-technical website builders will need more tools for building JAMstack-based sites. Marketing and branding professionals will require simplified tools for refining their Web presence. After all, you can hardly expect non-technical professionals to devote hours to editing markdown files on Github. This lack of non-technical tools remains a significant barrier for people who would otherwise utilize JAMstack architecture.

Fortunately, Stackbit is far from the only company currently developing tools for non-technical content creators. Of course, WordPress isn’t going to remain static in the years ahead. In the course of the next few years, it is likely that WordPress will vigorously attempt to compete with the JAMstack model for the future of the Web.

It may prove a long and winding journey before the best JAMstack CMS appears on the scene. Nevertheless, it seems clear that JAMstack is the future of Web architecture.

iTunes Can’t Verify the Identity of the Server – Fixed

How Improving Tech Made The World Of Investing More Accessible

Which Internal Comms Tools Are Best For Your Business?

A Digital Euro And Its Benefits To The Continent

What is XBRL & What Are the XBRL Filing Requirements