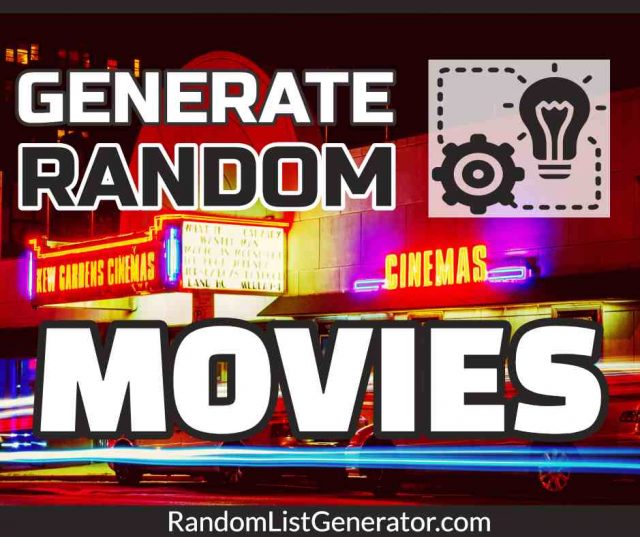 If you can’t decide what kind of movie you are in the mood for, why not try something random? There’s a chance you could really enjoy the film. Having some spare time on your hands is the perfect excuse to sit down and watch a new film that you’ve never heard of. We have compiled a list of some random movies to watch with some interesting concepts. If you decide to give any of these movies a chance, then we hope you enjoy them! It’s a much better idea to watch these movies on a large TV screen. If you have a large TV mounted to the wall, the difference in your viewing experience will be massive! Click here for TV wall mounting services.

Remember we mentioned how we listed movies with interesting concepts? Well, it doesn’t really get any more interesting than this. In this movie, a man wakes up in an unknown place with countless numbered cells vertically stacked on top of each other. Every 30 days each and every prisoner wakes up on a different floor. Although, there’s a catch, every day a large table with mass amounts of food starts to travel from the top floor down. Prisoners on the floors closest to the top eat as much as they like, as the table descends, there is less and less food to go around. Because of the higher-level prisoner’s lack of empathy for people below them, many people in the bottom cells starve to death. You can find the platform on Netflix, it’s actually a Spanish movie that has been dubbed into English. Although you shouldn’t let that shy you away from giving it a go, due to its weird concept and interesting story, the platform is one of the best random movies to watch.

The movie in time without a doubt belongs on our list of the greatest random movies to watch. If you don’t know what the movie is about, here’s a quick summary (without spoiling too much of course) Basically, the movie is set in a fictional world where when people reach the age of 25 they stop aging completely. The amount of time they have left on earth is used as a currency instead of money. This means that the wealthier people in the world can essentially live forever if they are rich enough, and everyone who is poor is constantly fighting against the clock for survival. When the main protagonist, “Will Salas” (Justin Timberlake) saves a rich man with over 100 years left from a robbery. Due to being unhappy with how long he has lived, while Will is asleep, the man transfers all of his remaining time to him leading to his death. Will soon become a massive target to some dangerous people due to the amount of time he was given, which makes for some intense moments with a load of action. If you are looking for something exciting with a clever concept, then “In time” is one of the best random movies to watch now.

Eternal Sunshine of the Spotless Mind

In this mind-bending romance movie, a man named Joel (Jim Carrey) comes to the realization that his ex-girlfriend has gone through an experimental medical procedure to erase all her memories of him; he decides that it might be a good idea to have the procedure done himself. A lot of the movie is based inside Joel’s memory which is what makes it such a cool watch, during the procedure Joel realizes that he doesn’t want to go through with it yet it’s too late. Joe and his ex-girlfriend relive all their memories together in a dream state and talk about how much they mean to each other. The ending of this movie has a brilliant twist, we would put eternal sunshine of the spotless mind up there with some of the best romance films ever made. Watching this movie is an emotional rollercoaster, to say the least. If you’ve got a significant other yourself, then this movie can really make you think. This movie is unquestionably one of the best random movies to watch if you’ve never seen it before.

So, there you have it! These are without a doubt some of the best random movies to watch. You can take our word for it when we tell you that they are worth the watch. Every movie we mentioned on this list has a very interesting story and concept, anyone would be able to enjoy them. We recommend “Eternal sunshine of the spotless mind” in particular, Jim Carrey does very well in this movie, especially when you compare the character that he plays to some of the other characters he has played. We are so used to having Jim Carrey make us laugh, watching this movie is proof that when it comes to acting, Jim Carrey can do it all.

Improve Your Business With Handyman Software

Profit Boosting CPQ Benefits You Should Know About

7 Signs You Need to Buy New Software for Your Business