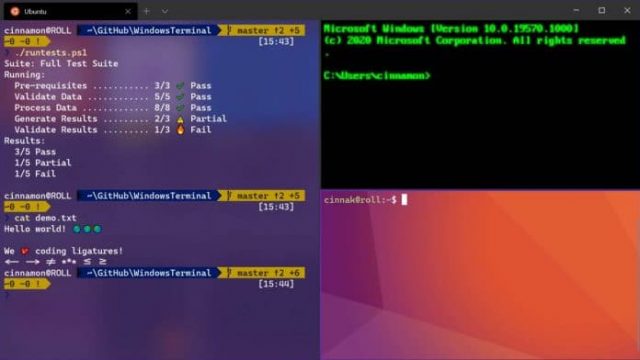 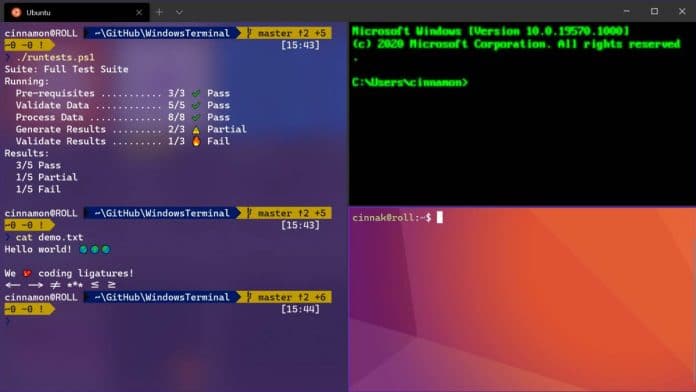 Microsoft on Tuesday officially announced the release of Windows Terminal 1.0 for Windows 10 at the Build 2020. The company said that the new Windows Terminal was stable and “ready for enterprise use” with its 1.0 release.

For those unaware, Windows Terminal, an open-source tab UI-based terminal application was originally announced at Microsoft’s Build Conference 2019 in May last year.

It is a modern, fast, efficient, powerful, and productive terminal application for users of command-line tools and shells like Command Prompt, PowerShell, and WSL.

“Windows Terminal allows you to run any command-line application inside tabs and panes. You can create profiles for each of your command line applications and open them side-by-side for a seamless workflow. Each of your profiles can be uniquely customized to your liking,” Microsoft explains.

“Additionally, the terminal will automatically create profiles for you if you have Windows Subsystem for Linux distributions or additional PowerShell versions installed on your machine.”

You can download the stable release from the Microsoft Store or the GitHub releases page. You can find all of the Windows Terminal documentation at aka.ms/terminal-docs. Windows Terminal Preview will have monthly updates, starting in June 2020.

Microsoft also launched a preview channel of Windows Terminal for those who would like to be involved with the development of the application and use the latest features as soon as they are developed.

You can download the Windows Terminal Preview channel from the Microsoft Store or the GitHub releases page.

In other developer news concerning Windows 10, Microsoft has introduced Project Reunion, a development effort to make it easier for developers to integrate across Win32 and UWP APIs.

How to Remove Adware From Google Chrome in 2020 – TechiMag.net