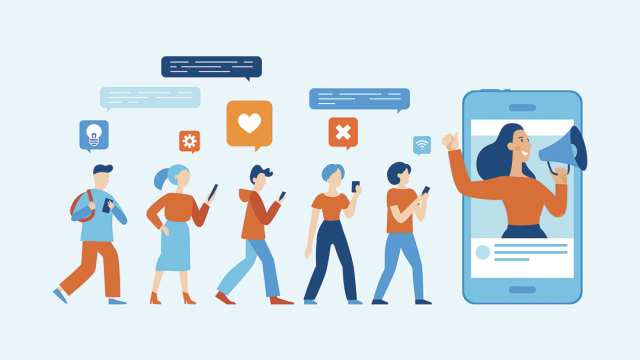 During the lockdown, we witness a lot of changes in trends and tendencies in many aspects of business and social life. We spend more time at home, that’s why many people found additional opportunities to prove themselves. Numerous TikTok challenges are a prime example of that. Many employees who used to spend long hours commuting, now can spend these hours on their hobbies and the activities they like. So, 2020 has brought us new trends on Instagram and other social media. And one of the most incredible is the rise of small blogs by people whom we call nano influencers. According to official statistics, only 0.25% of Instagram pages have more than 1 million followers. So, it’s totally logical that in the means of sponsored posts and other types of commercial cooperation they are inaccessible for many sponsors, as the prices for the posts sometimes exceed $500k, and the advertising capacity of such blogs within 24 hours and according to the brands behind them are also limited. On the contrary, nano influencer keeps a smaller niche blog with fewer followers, but a higher rate of their loyalty. By fewer followers, we mean 1k to 7k. Nano influencers often choose some specific topics for their pages and a unique concept. It may be their story of struggling with overweight, or some other problems they’ve faced (violence, bullying, etc.). Other nano influencers are just the Jennies from the block, some ordinary boys and girls whom you can meet in your neighborhood. That’s why many followers know nano influencers they follow personally. That’s one of the key reasons for the high loyalty and involvement rate of their posts.

Now let’s see how nano influencers operate and make money on Instagram, and which of their features help them.

1. Not only money matter

It’s interesting to know that in the means of cooperating with brands, many nano influencers don’t think about monetizing their blogs. Some of them like the process of getting close to brands, which help them gain more popularity online, and other ways of compensation from the sponsors. And that’s really attractive for the brands because gifted collaboration is highly effective and raise the potential brand-awareness among the followers of nano influencers very quickly. Smaller brands eager to grow their audience find the cooperation with nano influencer highly effective, and containing fewer risks, as far as their budget is often limited and advertising campaigns with more famous blogger is often hard to estimate and predict the result of the campaign accurately.

2. Easy to find and recruit

When we think about influencers, whose blog is based on their personal brand, like celebrities and other famous people, the concept in the blog is often less vivid, than in the case of nano influencers, that’s why their audience is hard to analyze and divide into segments. As for nano influencers, they cover the interests of more or less even audiences and companies can easily find the relevant ones very easily. Here, the Instagram bio, which is well-organized, can tell everything about the owner of the page. The more links and touch-point can be found on the page, the easier it is for the audience and potential sponsors to establish a connection with the blogger. Though there are limited opportunities to post different links in the bio, with the help of multi-link organizers, like https://linkpeak.io, nano influencers can post as many. URL in the bio part, as they need. So, the vivid concept and good-quality bio make nano influencers available for potential advertising offered. Besides, the prices for different posts on their pages are much lower than the prices of more popular bloggers. In general, an average nano influence can make about 45-50$ on advertising live post, 100$ on the post in the feed, and about 120$ per video post. So, they are financially attractive for cooperation, and it’s easier to negotiate with them.

Nano influencer mightn’t have a professional branding team behind their blog, but the main feature we always take into account while analyzing them is the authenticity of the topics they cover, and the unique style of living different situations through. That’s why comparing even to micro-influencers whose average engagement rate is about 2,5%, those of nano influencers are often higher than 6%. Fewer people, but more engagement. If to count the ROI of the advertising campaigns with both groups of influencers, nano influencers will show more attractive potential results. If they advertise some products, especially those they have already tried and proved their good quality, they give more effective reasons to believe to the potential customers of the brand.

We’ve already mentioned how close the nano influencers can be to their audience emotionally and geographically. So, in comparison to more popular bloggers, they are more productive for the local advertising campaigns. The companies that also operate locally can’t find a better choice for advertising. Of course, it should be checked beforehand, but in most cases, nano influencers represent a certain area geographically or a certain way of thinking and lifestyle. Smaller producers of cosmetics, who cover only a couple of states/regions in the means of sales, would find it more efficient to hire a couple of local nano influencers to advertise their products to the potential audience in the chosen area. In other cases, when we talk about the products, potentially difficult to promote, nano influencers with a specific lifestyle can be very effective. For example, ecologically friendly goods which might need some changes in the way of thinking of potential users are good to be advertised to the people who have a higher level of ecological awareness. A blogger, who spends his weekends volunteering in different keep-your-city-clean campaigns will be a great choice to cooperate with. His followers are often people who think in the same way or at least share his interests. So, in this case, the company itself need less effort to prove their products are useful in comparison to advertising in the mass market.

Why Social Media Law-Making Needs To Be More Youth Inclusive

Should I Hire a Lawyer for a Car Accident? – TechiMag.net

Which Are the Different Types of Fibre Broadband Packages?