Home Tech today ARM Processors: Everything You Need to Know 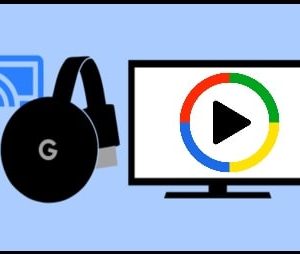 If you’re planning on purchasing a new device, decide which processor you want. One option is an ARM processor, used in most smartphones and embedded devices. ARM processors are known for their low power consumption and high performance, making them popular for mobile devices.

ARM processors are also used in server systems, gaming consoles, and other computing devices. This post will give you an overview of ARM processors and how they differ from other types of processors.

What Are ARM Processors?

ARM processors are a microprocessor used in electronic devices, including smartphones, tablets, and computers. They are designed to be low-power and efficient and are used in various applications.

ARM processors are used for general-purpose computing and specific video processing or security tasks. They are also used in embedded systems, such as car infotainment systems or industrial control systems.

ARM processors differ from x86 processors in a few crucial ways. Firstly, they are designed to be more power-efficient, which is why they are used in many mobile devices. Secondly, they have a different instruction set, meaning they can run different types of software. Check out this detailed comparison between the ARM vs x86 architecture.

How Do ARM Processors Work?

What Are the Benefits of ARM Processors?

There are several benefits to using ARM processors.

What Are the Disadvantages of ARM Processors?

There are a few disadvantages to using ARM processors. For one, they’re not as common as x86 processors, which means less software is available for them. They’re also not as powerful as x86 processors, meaning they may not be able to handle demanding tasks such as video editing or gaming.

How Will the Continued Growth of the ARM Market Impact the Overall Electronics Industry?

ARM processors are becoming more popular and for good reason. They’re fast, efficient, and can handle many tasks that used to require a separate chip. If you’re looking for a new processor for your next project or want to learn more about them, this guide will be helpful

Team TechieMag - Modified date: May 24, 2020
Applications
5 Best Free Logo Maker Apps For Android in 2020It doesn’t matter whether you are setting up a new business or online website; you...

Technologies That Can Impact the Future of Real Estate