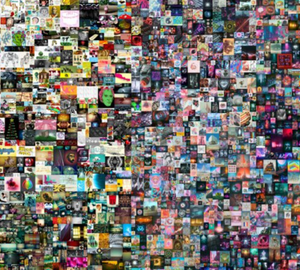 Without so much as a courtesy announcement, NFTs inundated what feels like every corner of life. At least somewhere in your life, you’ve seen an advertisement for NFTs for sale. From multicultural fashion to professional sports, there’s no shortage of NFTs for anyone, even if they maintain incredibly niche interests. Because they appeared out of thin air and into widespread recognition, there seems to be some level of uncertainty surrounding the history of NFTs. We know they’re trendy, desirable, possibly expensive, and perhaps useful, but where did the idea come from? How did NFTs get to where they are today? Is someone considered to be the father of NFTs in the way that Steve Jobs is the father of the smartphone? History, in general, is not simply a compelling story worth reading, they are event worth learning from. This is true of NFTs given they have carved out what seems to be a stable place for themselves.

Thankfully, the folks over at NFT Timeline have kept a fabulously thorough record of every major and minor historical event related to NFTs. There’s no stone unturned as they go over everything from technological innovations to historical NFTs for sale. If you’re looking for a comprehensive walkthrough of every aspect of NFT history, that is the place to go. Here, we’ll highlight a few of the key events that led to the prominence of NFTs.

The first few years of the previous decade allowed NFTs to begin to establish some form of a foundation. This is especially true in 2011 and 2012 when internet projects that incorporated Bitcoin and the blockchain in some fashion began appearing incredibly sparingly. Visible pieces of art and poetry were part of these developments, and it’s even been suggested that a picture is built into the code of Bitcoin. Fast forward a couple of years and the first, true examples began to make themselves known online, though there is some discrepancy about what came first and what counts as an NFT. Some believe the online trading card game Counterparty hosted the first NFT. When discussing NFTs for sale, the auction house Sotheby’s states they have auctioned off the first-ever in the form of animated art minted in the middle of 2014. These are not the only examples as there were even more projects within these years that contributed to the advancement of technology.

Between 2015 and 2019, NFTs truly took to the moon both in terms of value and landmark events. That first year saw the launch of an internet-based art gallery, as well as the introduction to the idea that you can own property in the digital realm with an NFT as the earliest example of a virtual house, was created. The following year was where it began to get interesting as multiple projects launched their own NFTs on a platform known as Counterparty. On top of this, the creative side of NFT creators began to appear as they continued to become more than just a picture on a screen. The next three years were instrumental in creating the NFT world we know today. The NFTs for sale in 2018 began easily surpassing a million dollars exchanged between parties, and as we know, prices have only skyrocketed since then.  Furthermore, NFTs were featured at online and in-person art galas where the projects could be viewed or purchased. For as prominent as NFTs are today, it’s mind-blowing to see just how quickly they rose to this status.

Historically speaking, we may refer to the last two and half years as the NFT boom. Based on what’s taken place in this time, there’s little reason to suggest NFTs will disappear in a fashion like how they seemingly arrived. A key aspect of digital tokens is how they interact with the “real world”. NFT designers are attempting to bridge our world with the digital world in ways we’ve never seen before. For example, it’s now common to find graphic novels of some of the most popular characters for sale online. Along different lines, there are numerous ways NFTs are being used in unison with the metaverse – it’s entirely possible for you to purchase a physical piece of art that has an accompanying NFT version of the piece for display in your virtual home. The idea here is that you can bring your life with you no matter which reality you’re choosing to spend time in.

What we’ve gone over only begins to scratch the surface of what has happened surrounding NFTs since their invention. With how big they seem to be getting, having a clear understanding of what they are and where they came from is vital before scrolling through a site filled with NFTs for sale. After all, going into any financial matter blind is the same as walking into Las Vegas.