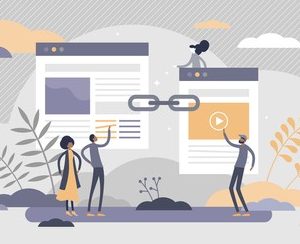 Whether you’re an investor, entrepreneur, or simply an interested party eager to understand the modern business world, it pays to know disruption when you see it.

A lot of things pass for disruption these days. As with any buzzword, the term is used relatively loosely – an umbrella term to describe anything, or anyone, that goes slightly against the institutional dogma. (The umpteenth company to devise a meal-kit service can’t really be said to use disruptive technology).

In reality, disruptive technologies are about more than unorthodoxy. As you’ll see below, the term refers to a select class of platforms and applications that fundamentally alter their respective industries, opening new doors and enabling new heights of functionality.

What Does “Disruptive” Actually Mean?

According to Clayton Christensen, who coined the term in a Harvard Business Review article, disruptive technologies are defined by their rapidly ascending performance trajectories relative to mainstream market products. Put in lay terms, he’s describing a technology that quickly supersedes older products/services, a giant leap forward rather than an incremental improvement.

In modern business-speak, disruptive technologies refer broadly to any advancements that gain an industry foothold quickly, appeal to traditionally overlooked markets and/or force incumbent organizations to play by their rules.

How do you identify a disruptive technology?

With that in mind, let’s look at the hallmarks and characteristics of a disruptive technology.

They Lower the Bar for Entry

When a company applies technology to seize sections of a market traditionally overlooked by incumbents, that’s disruptive. Ford is the classic example; at a time when only the wealthiest Americans could afford an automobile, Ford applied moving assembly line technology to vehicle manufacturing to create products affordable for the masses. It’s strange to think of Ford as a disruptor, but, at one time, it certainly was.

According to Regan McGee (founder of the undeniably disruptive real estate digital marketplace Nobul), “Anytime you bring innovative technology to the table that can make the process easier, it will be viewed as disruptive.” His company disrupted the real estate industry by bringing “choice, accountability and transparency to an industry that has – for decades – been widely regarded by homebuyers as opaque and challenging.” By creating a marketplace where agents compete for consumers’ business, he simplified the real estate transaction process, and disrupted a once-inconvenient industry.

A classic hallmark of disruptive technologies is a sudden increase in functionality or quality. Perhaps the most famous example (in recent memory) was the advent of smartphones – particularly the iPhone – which featured an enormous leap forward from existing PDAs and cell phones.

In that original Harvard Business Review article, Christensen offers a sure-fire way to identify disruptive technologies: “One approach to identifying disruptive technologies is to examine internal disagreements over the development of new products or technologies. Who supports the project and who doesn’t?” He argues that if people financially incentivized by the status quo dismiss the idea, while technical personnel embrace it… it’s probably disruptive.

To summarize, disruptive technologies simplify processes, improve functionality, agitate the status quo and enable greater access. If you’re investing in a company, or simply looking to buy your first house, those are the characteristics to look for in a business.