Home Crypto The Main Differences Between Bitcoin and Bitcoin Dash 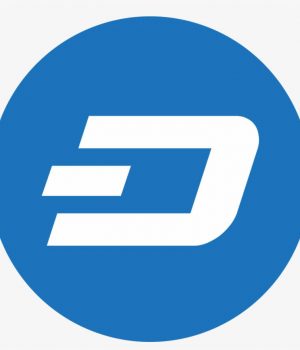 The cryptocurrency market’s capitalization has nearly quadrupled in the last year, to $160 billion, confirming the expanding market trends for this technology since its start. However, with so many new cryptocurrencies emerging in recent years, some people are confused about the differences between them and which is the best. In this article, we’ll be exploring the main differences between bitcoin and bitcoin dash and why you can buy dash coin for portfolio diversification. Let’s get started.

Even though Bitcoin was created in 2010 and has a stranglehold as the market leader, numerous competitors, such as Dash, are presenting alternatives that are causing prospective users to reconsider.

Evan Duffield created the Dash blockchain in 2013 after noticing a few fundamental flaws in bitcoin’s technology, notably a lack of privacy and speed. He hoped that by creating Dash, he would be able to fix both problems while also adding new functionality. Now, thousands of investors around the world are choosing to buy dash coins.

Here’s a quick rundown of the major differences between Dash and Bitcoin so you can figure out one is best for you.

When you buy dash coin, the transaction costs substantially less – generally pennies rather than dollars. For example, Dash has lowered its average transaction cost to a one-year low ($0.0264), exceeding other cryptocurrencies such as Litecoin, while also achieving an all-time high number of transactions per day (nearly 35,000).

Cryptocurrencies have the advantage of not being governed by a centralized organization such as a government or financial institution. The governance systems of bitcoin and Dash, on the other hand, are very different. Bitcoin, for example, is governed by peer review. Changes can be made, but only if the most active contributors reach a rough consensus. As a result, major choices and adjustments can take a long time.

Dash mining is similar to bitcoin in that it is not regulated by a centralized authority, but there is a formal voting system in place. There isn’t a long, tense argument when adjustments are required. Instead, a vote is held, a decision is reached, and action — or inaction-is performed in a short amount of time.

Many cryptocurrency users value the fact that it is a private and safe way to conduct transactions. Bitcoin is considered to be anonymous, however, some argue that this is insufficient because the history of each transaction is visible to everyone.

PrivateSend is a coin-mixing facility that Dash includes as a privacy feature to enable you to easily buy dash coins. The technology seeks to increase transaction privacy and security by preventing transactions from being traced back to the people involved.

Dash’s creators realized that users sought faster transaction verification. Bitcoin transactions, for example, take an average of 20 minutes to process, with many merchants demanding up to six confirmations before accepting a transaction. For a single transaction, this can take up to an hour.

To address this issue, Dash developed InstantSend, a feature that enables near-instantaneous transaction processing. Payments are guaranteed and confirmed in around four seconds thanks to the decentralized technology. Transaction speed will become increasingly critical for face-to-face transactions as the popularity of cryptocurrencies grows, and lengthy transaction times will no longer be an option.

Why You Can Buy Dash Coin for Portfolio Diversification

If you are an investor looking to diversify your portfolio, you can buy dash coins as a viable diversification option.

Dash is still one of the most popular cryptocurrencies on the market today. This one-of-a-kind initiative exemplifies how blockchain technology allows people to have more autonomy and freedom. As a result, you can anticipate Dash to continue to play a significant role in the crypto market for many years to come

Several news and price forecasts by crypto analysts and so-called experts predict that dash coin will have a bright future, making it an appealing investment for both rookie and experienced traders and investors looking to diversify their investment portfolio. So, if you choose to buy dash coins, you can rest assured that your investment’s future is bright.

11 Tips to Prepare for Your First Day at Work

What to Consider Before Growing a Business Internationally

How To Add Branching In Microsoft Forms? (Easiest way) – TechiMag.net

How to Make Money with Cryptocurrency

What It Is, How NFT Art Works, And How To Create...

The Importance of Bitcoin